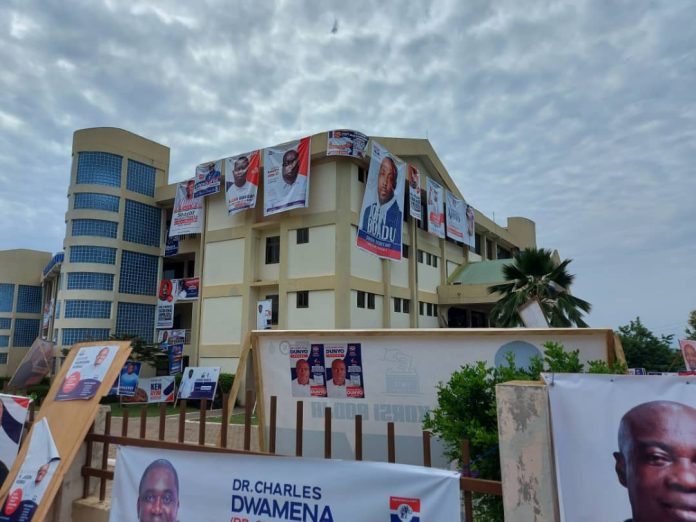 New Patriotic Party’s (NPP) paraphernalia have rebranded the Ho Technical University (HTU) venue for the regional elections as delegates trickle in for the exercise.

The election was initially planned for the Keta Municipality but was shifted by a memorandum issued and signed by Mr Evans Nimako, Director of Election Research of NPP reverting to Ho. 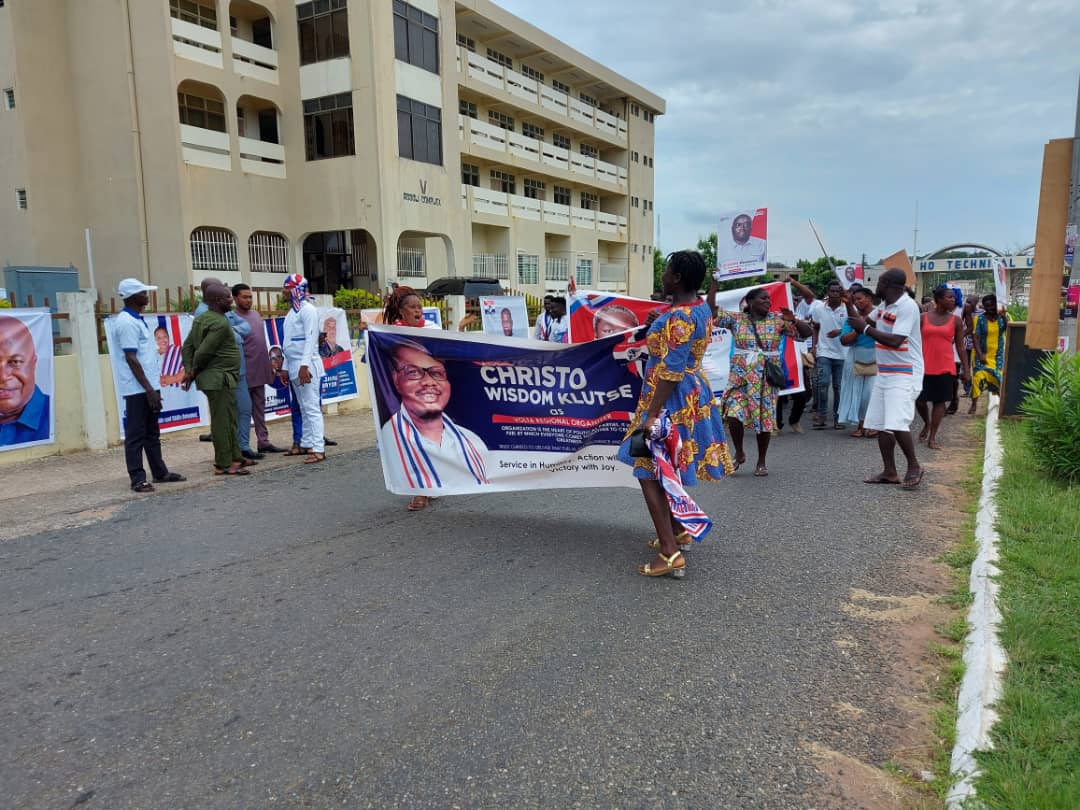 Security is heavy on the grounds.

A total of 29 aspirants have been approved for the exercise, including incumbents and new faces, with about 360 delegates going through the voting to determine who wins what. 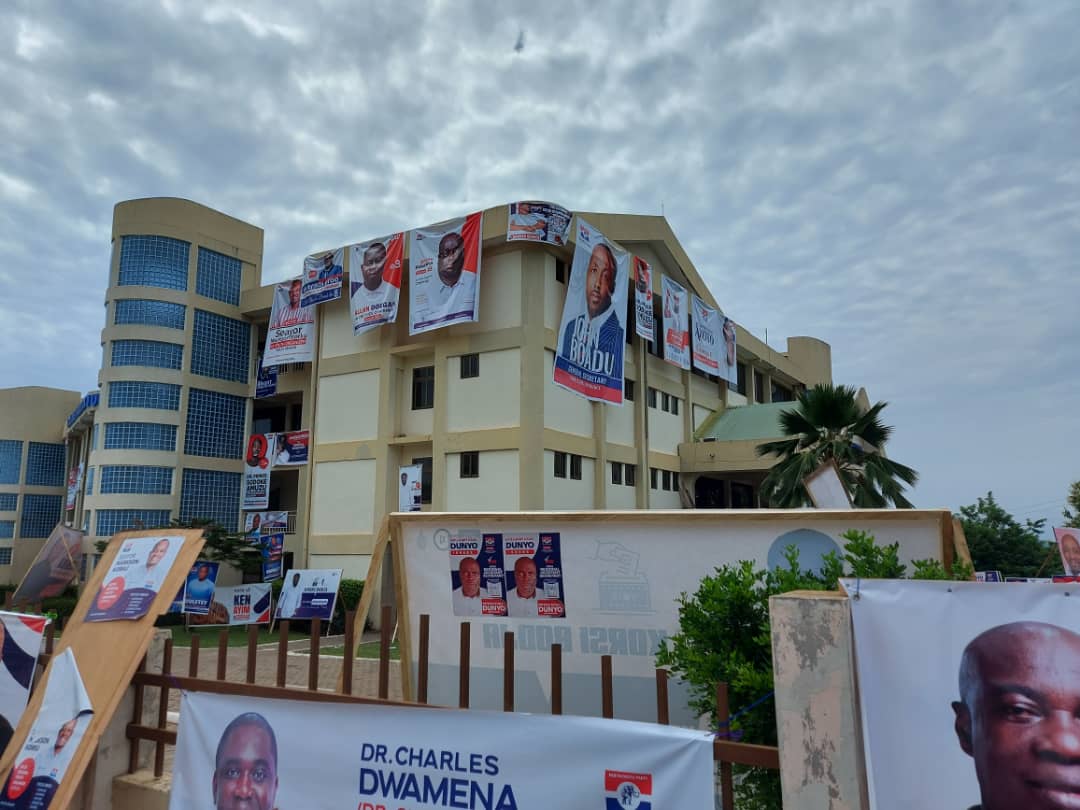 The immediate precincts of the auditorium have been condoned off awaiting the start of the voting exercise, with delegates and supporters dancing their hearts out in the Ho.