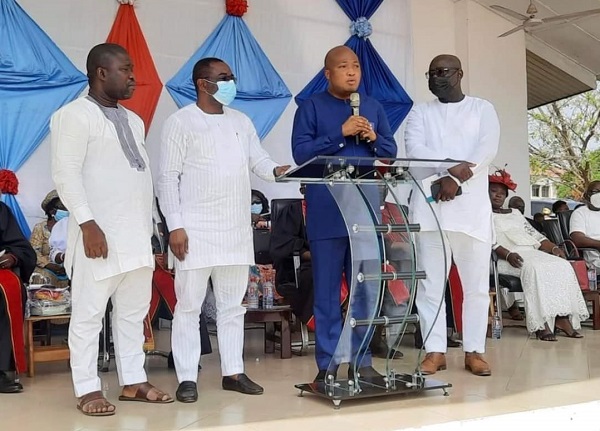 A Member of Parliament for North Tongu, Samuel Okudzeto Ablakwa has urged the government to engage in broad based consultations before presenting major policies to Parliament.

He said a listening government is not the one that is compelled to listen after implementation challenges, but the one that consults and solicits views on policies before it is implemented.

Mr. Okudzeto Ablakwa was speaking on the sidelines of the Global Evangelical Church’s Synod Committee Executive induction ceremony at Ho. He advised those in government to embrace the input of the opposition Political Parties and the society at large for the overall development of Ghana.

Mr. Okudzeto Ablakwa said the Minority is committed to a peaceful democracy, but called on the government to exhibit matured and conciliatory leadership to preserve the country’s democracy.

He congratulated and commended the Global Evangelical Church for supporting the country in diverse ways saying the church is critical in nation-building.

“Thank you for the dams, road projects, Free SHS” – Bawku...

Gabon president to speak publicly for first time since stroke