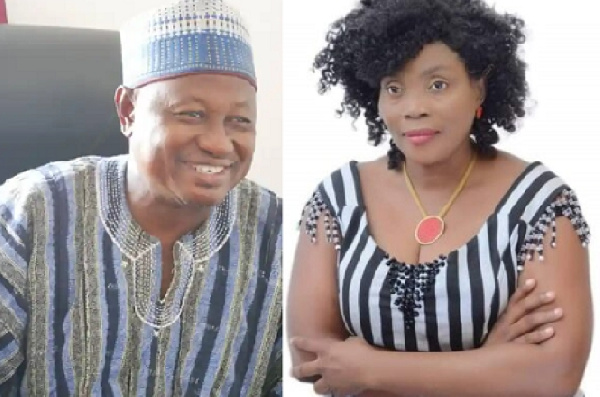 The General Secretary of the People’s National Convention (PNC), Janet Nabla has announced that the party has sacked its National Chairman, Moses Dani Baah, and the 2020 flag bearer, Mr David Apasera.

At a press conference in Accra Thursday [May 12, 2012], Ms Nabla said the dismissal was over allegations of misconduct and embezzlement of party funds.

COMMUNIQUE AT THE END OF PNC NATIONAL EXECUTIVE COMMITTEE (NEC) MEETING HELD IN ACCRA ON MAY 12, 2022

1.Having constituted a majority of a quorum and pursuant to Article 45 of the Constitution of the People’s National Convention (PNC), the National Executive Committee (NEC) held a meeting in Accra to among other things deliberate and decide upon issues of concern to the party.

2. NEC successfully reviewed membership of the various Functional Committees namely; Legal and Constitutional, Research and Policy, International and Diasporas Relations, Finance and Fundraising, and Disciplinary committees. This is to promote inclusivity and ensure that members are chosen on the basis of their knowledge and experience.

3.After a comprehensive discussion of the court’s ruling on the matter brought against the party by Messrs David Apasera and Moses Dani Baah, NEC concluded that the duo have violated Article 14(a) of the PNC Constitution which states; “Any member of the party who is aggrieved by the party’s action and inaction shall within twenty one (21) days, first seek redress from the internal dispute resolution mechanism of the party and shall have a further right of appeal to congress.”

4. NEC also took notice of a purported Standing Committee meeting which was unduly conveyed and presided over by Messrs Apasera and Dani Baah on May 7, 2022. The said meeting was attended by some members of the party despite an official caution from the party leadership.

5. Consequently, NEC duly adopted the following which are now in full force and effect:

(b) That the following members who attended the purported Standing Committee meeting step aside from their respective positions pending disciplinary hearing:

The intended utility tariff increment must be marginal – TUC

Use acquired knowledge to better your countries – Bawumia to GAFCSC...