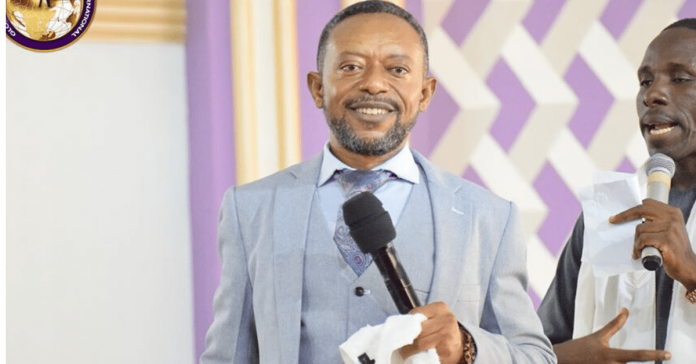 Prosecution in the case of Rev. Isaac Owusu Bempah, leader of Glorious Word Ministries International, and four others’ case say the Police intend to amend facts and charges against accused persons.

Police Chief Inspector Simon Terkpetey, therefore, prayed an Accra Circuit Court to give the Police a week to do the amendment.

Defence counsel Mr Gary Nimako Marfo prayed the court to adjourned the matter to October 25 as the accused was on bail.

Presiding Judge Mrs Afia Owusuaa Appiah, said the business of the next sitting would determine how long the adjournment will take.

The Judge said since the prosecution wanted to amend their charges and fact sheet, October 25 was too long.

She said since the plea of the accused persons had to be retaken “we will have to take a shorter date”.

The Court, therefore, adjourned the matter to October 5.

Rev. Owusu Bempah was granted bail in the sum of GHS 200,000 with two sureties by an Accra High Court.

Four other persons believed to be members of his church have also been admitted to bail in the sum of GHS200,000.00 with two sureties to be justified.

The Court presided over by Justice Comfort K. Tasiame ordered the accused persons to report to the Police every Friday till the final determination of the case.

Owusu Bempah and four others allegedly stormed the house of Patricia Oduro Koranteng, aka, Agradaa, amidst threats.

The accused persons were on Monday, September 13, this year, remanded into Police custody by an Accra Circuit Court presided over by Mrs. Afia Owusuaa Appiah.

The other four persons who are Owusu Bempah’s church members, are: Mensah Ofori, Adu Berchie (at large), Michael Boateng, Frederick Ohene, and Nathaniel Agyekum.Owusu Bempah and the other accused persons have been jointly charged with offensive conduct to the breaches of peace.
Additionally, Owusu Bempah is facing a charge of threat of death.

Boateng, Ohene, Ofori, and Agyekum have been variously charged with assault on public officers and threat of death.

Apart from Berchie, all the accused persons have pleaded not guilty.

Facts as narrated by the Prosecution led by Chief Inspector Simeon Terkpetey, are that, the complainant is Evangelist Patricia Oduro Koranteng, aka, Agradaa.

It said on September 9, this year, at about 5:30 pm, the New Weija Police District Command received a distress call from Godfred Antwi of House number 36, Atta Mills Road, Aplaku, a suburb of Weija, that at about 3:30 pm same day, Owusu Bempah in the company of about 45 well-built men had besieged the Thunder Plaza at Weija belonging to the complainant to attack her.

The Prosecution said since Owusu Bempah and the men did not meet the complainant at her residence, they proceeded to the complainant’s second house at New Aplaku and threatened her with words to wit: “We will kill you.”

It said the Police visited the scene and saw the men holding cutlasses and other offensive weapons shouting amidst insults at the house.

According to Prosecution, eight vehicles and motor bikes were also parked on the street in front of the complainant’s house.

It said Owusu Bempah was also seen seated in a black Toyota Land Cruiser instructing and urging the men to move into the house of the complainant and bring her out.

The Prosecution said the situation was brought under control and the complainant and Owusu Bempah were invited to the Police Station.

It said Owusu Bempah ignored the Police and drove off with his men (group).

The Prosecution said the Weija Police Divisional Command officially wrote to Owusu Bempah to report to assist in investigations but he refused to accept the letter.

It said on September 12, this year, the Police identified some of the young men, including Mensah Ofori, an Associate Pastor of Owusu Bempah’s church as two of the people in a viral video threatening the complainant and brandishing a pistol.

The Police officers on board Toyota Corolla with registration number NR 9602-20 visited the church of Owusu Bempah to arrest Mensah Ofori.

The Prosecution said another team of Policemen in plain clothes went to arrest Mensah Ofori, Berchie, Boateng, and Ohene to the Dansoman Police Station.

It said Owusu Bempah, after spotting the Police, ordered his church members to “beat and kill” them.

The Prosecution said the church members beat up the Policemen amidst the firing of gunshots, disarmed the Police of two service rifles, and vandalised the vehicle the Police were using.

It said Owusu Bempah, also ordered his church members to march to the Dansoman Police Station to free Mensah Ofori, Boateng, and Ohene.

It said in the process, two Policemen got injured. 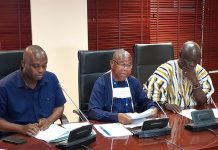 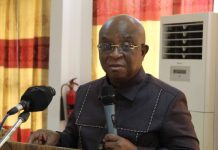 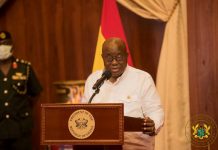 New regions: MP calls for even distribution of national cake