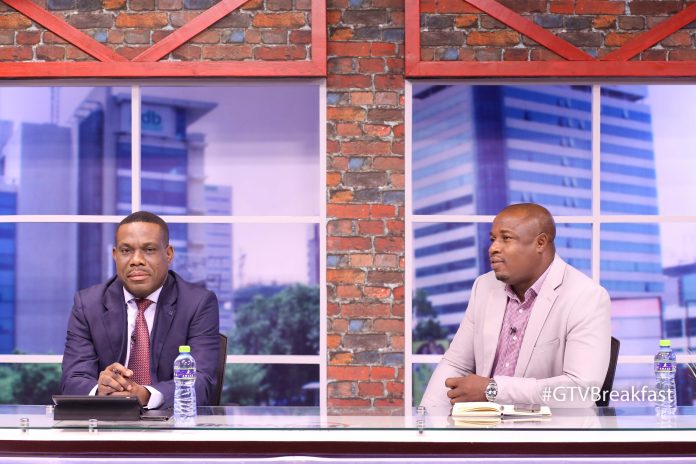 Speaking on the Breakfast Show on GTV  November 23, 2021, Dr. Eric Oduro Osae said SIGA was rebranded as a consolidated institution made up of the State Enterprises Commission (SEC) and the Divestiture Implementation Committee with the mandate, to oversee and administer the performance of SOEs, Joint Venture Companies and other State Enterprises by ‘injecting private sector practices’ into their operations.

“When you look at where Honourable Asamoah Boateng is proceeding, the SIGA Act is clear on the benchmark indicators and he was getting the Chief Executives to be on their toes, so that they can turn around and make profit”, Dr Oduro Osae explained.

According to Dr. Osae, the role of the Chief Executive is thus critical to help turn the fortunes of non-performing SOEs around.

Dr. Osae noted that Mr. Asamoah Boateng’s resignation will affect the sector because the energy he brought to bear on the process helped a lot of the SOEs such as the Internal Audit Agency.

“Until Asamoah Boateng and SIGA Act was passed, they (SOEs) were not making the profit that we expected them to make and it’s rather unfortunate. I pray that we get a very good successor who will be able to continue from where he left off”,  Dr. Oduro Osae said.

For his part, Dean of the School of Graduate Studies, University of Professional Studies, Accra (UPSA), Dr. John Kwaku Mawutor Mensah said the announcement of Mr. Asamoah Boateng’s resignation goes to confirm to the proponents of those who are of the view that the four-year tenure that Ghana runs as a Governance System is too short a period.

He said under the four-year governance system, governments normally work for only two years and the remaining two years are focused on how to capture power again.

”Serious business only takes place between two to three years”, he noted.

“…The four-year period is too short a period for proper governance, proper planning and execution of major projects so let’s do five years and I agree with these advocates”,  Dr Mawutor Mensah  posited.

He said political institutions would want to regain power and there is the need to appoint very experienced leaders who might not have the ambition to lead political parties but rather, would want to serve mother Ghana.

“That is the reason why we have technical experts in the Ministries and various institutions so that we don’t politicise the development of our country. When you build a country around people with political ambition especially the critical areas like SIGA established to administer and put various public institutions on their toes”, Dr. Mawutor Mensah said.

Dr. Kwaku Mawutor Mensah said ”Asabee’s” resignation is a big blow to institutional development but he cannot be faulted for having ambition.

The announcement of the resignation of Mr. Asamoah Boateng popularly known as ‘Asabee’ was made at the closing session of a three-day retreat organized by SIGA for Chief Executive Officers (CEOs), their Deputies and Board Chairpersons at Kwahu-Nkwatia in the Eastern Region.

Mr. Asamaoah Boateng said his resignation is in line with his bid to contest the New Patriotic Party Chairmanship position.

Cure for HIV and AIDS potentially discovered in Ghana