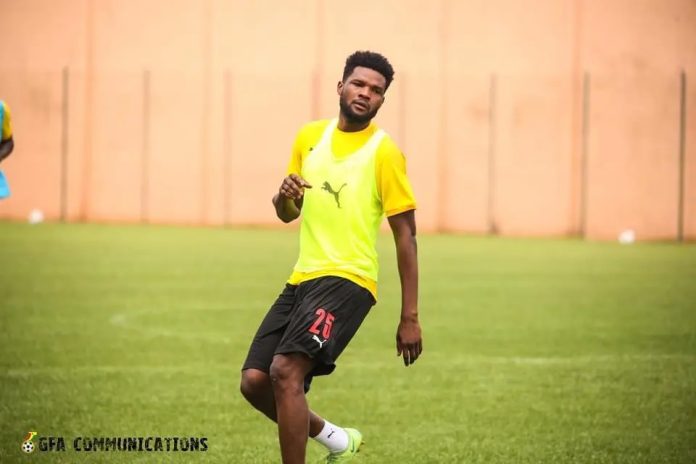 The Disciplinary Board of the Confederation of African Football (CAF) has handed a three-match ban to Ghanaian forward, Benjamin Tetteh for allegedly assaulting a Gabonese player during their second Group C match in the ongoing Africa Cup of Nations (AFCON) in Cameroon.

The match which took place at the Stade Ahmadou Ahdijo on Friday ended in a 1-1 draw, after the final whistle, Benjamin Tetteh got a red card for allegedly assaulting a Gabonese player.

The disciplinary board added an extra match suspension to the standard two-match ban for a straight red card making it a 3match ban for the 24-year-old.

Benjamin Tetteh will miss Ghana’s final Group C match against Comoros on Tuesday and may not feature again till the semis should Ghana progress in the tournament.

He was a substitute who came in for captain Andre Ayew during extra time.

Ghana and Gabon have both been issued a “stern warning” by organizers of the tournament for their “unsportsmanlike behaviour” following the final whistle.