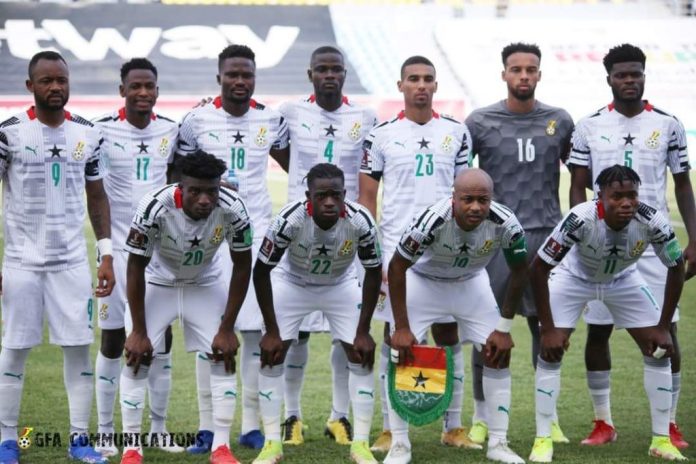 The Black Stars of Ghana will lock horns with Coelacanths of Comoros in their last Group C match on Tuesday, 18 January 2022 in Garoua at the Stade Roumde Adjia in the ongoing Africa Cup of Nations, (AFCON) in Cameroon.

This is a decisive game for Ghana to determine their fate in the ongoing tournament.

Should the Black Stars defeat the East African side and amass three (3) points to make her points four(4) it will guarantee her progression, even as a third-placed team.

Coach Milovan who needs this important win to avoid a quick exit is hopeful to take his chances against the East African side.

“We will fight until the last moment in every match, for us, it is important that we still have a chance to qualify and we are all aware of that,” Coach Milovan Rajevac said.

Ghana will miss out on striker Benjamin Tetteh after his red card and an additional suspension against Gabon.

Comoros, one of the two debutants in the AFCON has lost their first two games while the four times African champions, Ghana started the competition in a very disappointing style, losing to Morrocco in the opener and drawing with Gabon for a point after 2 matches.

This will be the first encounter between the two at the Africa Cup of Nations.

With high morale in the Black Stars camp, the players are poised to win against Comoros according to defender, Jonathan Mensah.

“The mood in camp is very good even though we know it’s a very crucial game for us all we need to do is go out there play hard and win for the nation,” Jonathan said.

We are just going on to this game with the mindset to win, of course, anything can happen in the game, it depends on the way you approach it. It’s an all-out game for us to win because we know what is at stake. He added.

Ghana has only won one of their last eight Africa Cup of Nations games (D4 L3), failing to score in half of those matches.

Comoros could become the fifth team to fail to score a single group stage goal in their debut Africa Cup of Nations tournament, after Burundi (2019), Gabon (1994), Sierra Leone (1994), and Mozambique (1986).

Ghana has just one point so far in this year’s edition (D1 L1) – they’ve never failed to win at least one group stage match in all their previous 22 appearances at the Africa Cup of Nations. The Black Stars last failed to progress from their AFCON group in 2006.

Nine of Ghana’s last 13 goals (70%) at the Africa Cup of Nations have been scored by brothers André (5) or Jordan (4) Ayew. After netting his 10th AFCON goal against Gabon, André Ayew is looking to score in consecutive matches in the competition for the first time.