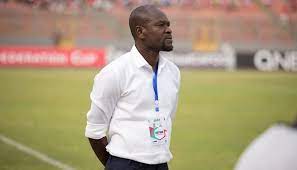 Black Stars coach Charles Kwablan Akonnor has commended the Ghana Football Association for securing two high-profile matches for his side next month.

Ghana will take on Morocco and Cote d’Ivoire in an international friendly game as part of preparations for the 2022 FIFA World Cup qualifiers in September.

The World Cup qualifiers were scheduled to start in June but have been postponed by the Confederation of Africa Football (CAF) due to the coronavirus pandemic on the continent.

GFA has thus arranged the two international friendlies for the coach and technical team to assess the players before the qualifiers start in September.

Akonnor thanked the GFA for setting up the two international friendlies within a short period for his team.

“That is why it’s seriously important for us to prepare very well. So, I am very grateful to the GFA for within this short period to organize this friendly which is very appropriate for us”, he said at a press conference on Wednesday, May 12.

Ck Akonnor also announced the 30-man squad for the friendlies next month with nine returnees back into the squad.

Leicester City defender Daniel Amartey and Frank Acheampong make a return to the team for the first time in three years. Manchester United target Kamaldeen Sulemana has also been called up for the games.

Below is the full squad for the friendlies

Ghana is scheduled to play against Morocco on Tuesday, June 8 in Rabat before taking on Ivory Coast on Saturday, June 12, 2021, at the Cape Coast stadium.