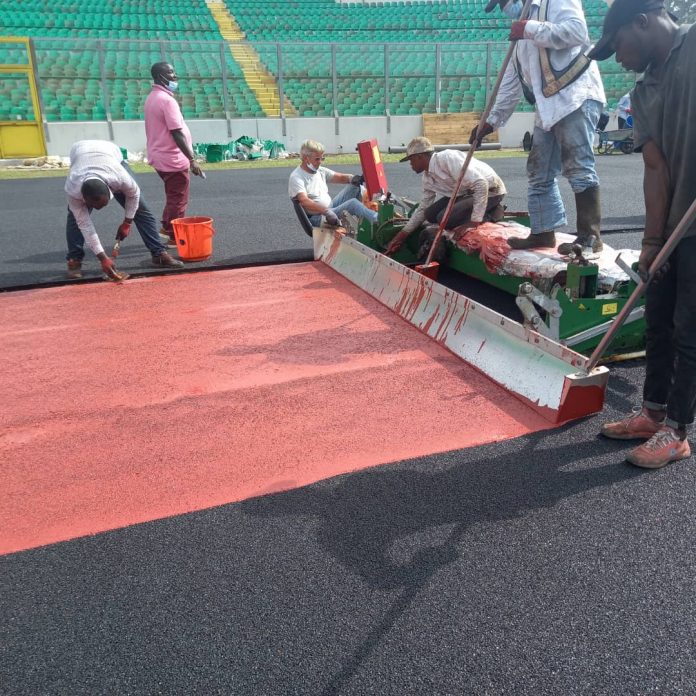 The Baba Yara Stadium in Kumasi which was closed down for renovations in February last year could be reopened for public use by the end of June, the Director-General of the National Sports Authority (NSA), Professor Peter Twumasi, has revealed.

He told the Daily Graphic that ongoing reconstruction of athletics tracks was expected to be completed this week, with the first layer (black) already laid with workers fixing the second layer (red).

“There is a minor painting to be done but all major works have been completed and the place is ready to be used,” Prof. Twumasi said.

“The Stadium is going to be key for our preparation and hosting of the 2023 Africa Games, all track and field sporting activities can be held there.

The NSA boss confirmed that all 40,000 plastic seats have been installed while the pitch had undergone total refurbishment with modern drainage systems constructed around it.

“We have erected a new scoreboard, an LED floodlight, remolded the presidential stand and fixed the roofs and washrooms,” he noted.

He indicated also that he expected the stadium to be officially handed over by the end of this month. 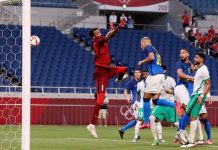 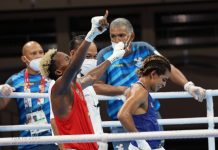 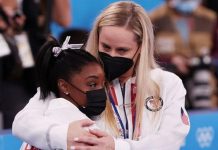 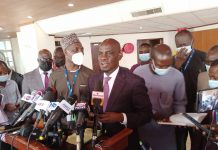 Parliament approves estimates for gov't machinery and Other Gov't Obligations for...