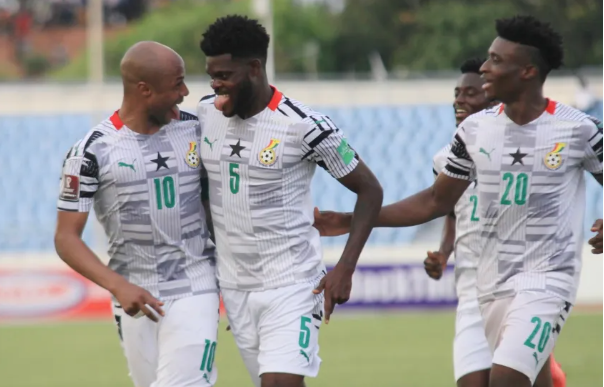 SWAG has for 47 years applauded the efforts of sportsmen, sportswomen, teams, and federations for their contribution to the development of sports in Ghana.

The three players would battle for the prestigious Footballer of the Year award, having made exploits with the national team at the 2022 FIFA World Cup in Qatar and at club level.

In the Sports Personality of the Year category, Mohammed Kudus would once again come up against sprinter Joseph Paul Amoah and boxer Abraham Mensah who also made history in their respective fields. Kudus made headlines in Europe and Ghana, scoring goals for Ajax in the Champions League and in Eredivisie.

The 22-year-old went on to make waves in last year’s World Cup, as he became Ghana’s first player to score a brace at the Mundial.

He crowned his debut appearance with two goals in all three games played, as he was adjudged the man of the match in Ghana’s group stage win against South Korea.

Hearts of Oak forward, Daniel Afriyie Barnieh would come up against Asante Kotoko’s Ibrahim Danlad and AshantiGold’s Yaw Annor for the Home-based Player of the Year award.

The 2022 SWAG Awards would see gallant sports personalities and other dignitaries in Ghana who would grace the occasion at the Accra International Conference Center.