SOURCE: GRAPHICONLINE The Bank of Ghana (BoG) has urged the public to remain calm as it implements measures to arrest...
Read more

By Nicholas Osei-Wusu Government will soon undertake a review of existing mining Development Agreements with the aim of optimizing benefits...
Read more

The President of Cabic Promotions and Management, Ivan Bruce Cudjoe has finally agreed on principle to allow heavyweight boxer Richard Lartey Harrison to take on Fabio Wardly in their heavyweight boxing contest scheduled for November 21, 2020, at the SAE Arena Wembley in London after the intervention of the leadership of British Boxing Board of Control (BBBC).

The leadership of the British Boxing Board of Control and representatives of Wardly from March-room Promotions engaged Ivan for several hours before the Cabic President accepted to offer the much anticipated green light for the fight to come off on Saturday.

According to Mr. Bruce Cudjoe, he arrived at the decision to allow Lartey to fight on Saturday after consultation with the governing body, the Ghana Boxing Authority (GBA).

However, both the GBA and Cabic agreed to revisit the substantive issues after the Saturday bout especially some of the unsubstantiated allegations Lartey levelled against Ivan Bruce Cudjoe and the Ghana Boxing Authority(GBA) as well as other critical matters regarding documentations.

Richard Lartey Harrison, who is currently the national and African heavyweight champion in recent times, has resorted to the media to trade vituperations at the President of Cabic Promotions and Management, Ivan Bruce Cudjoe and the General Secretary of Ghana Boxing Authority, Patrick Johnson, without any provocation what so ever. 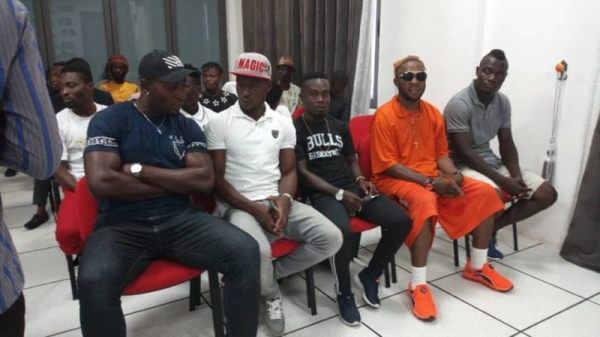 The Heavyweight boxer was quoted to have said that Ivan Bruce Cudjoe who doubled as the CEO of Travel Matters continuously trying to be a stumbling block to his fortunes as a professional boxer and a breadwinner of his family.

The Africa WBO Heavyweight champion was also alleged to have said that Ivan’s financial influence through the General Secretary of the GBA, Patrick Johnson and others are trying hard to stop him from honouring a boxing deal he single-handedly secured for himself to fight against Fabio Wardly of the March-room Promotions in London on Saturday.

It’s very interesting reading some of these unguided and unsubstantiated statements from a person who should have known better but decided to twist the facts for personal interests.

I just wonder how on earth should a boxer under the management of an organization, in this case, Cabic which is duly licensed by Ghana Boxing Authority (GBA) disregarded lay down procedure for professional fight and secured for himself a professional fight at the International level without any due-diligence, Ivan posited.

In other words, Lartey has unilaterally ignored Cabic and GBA and went ahead to do whatever he wants.

Cabic Promotions and Management in 2018 decided to venture into boxing management and promotions with the single purpose of helping young talented boxers hungry for success and serve as their signposts to their dream destination as potential world-beaters in boxing. 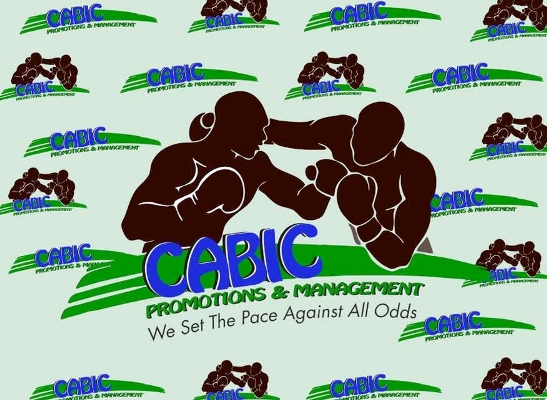 Harrison was signed by Cabic alongside Patrick Alottey and Emmanuel Quaye who were immediately drafted into training camp to help monitor their artistry, conditioning and fitness at the Ghana Military Training School at Teshie.

Ivan Bruce Cudjoe on behalf of the Cabic Promotions and Management revealed that he spent over a hundred Thousand United States dollars ($100,000) to organised high-profile boxing events both locally and internationally for boxers in their stable including Richard Lartey Harrison.

“I am at lost as to how such a person could come out and attack my person and corporate integrity,” Ivan posited.

Cabic Promotions and Management is seriously planning a communiqué to be shared with the public in respect to some of the unsubstantiated allegations levelled against their President, Ivan Bruce Cudjoe and details of their relationship with Richard Lartey Harrison.

It’s refreshing though that Cabic has so far live up to its billing with what they have done with Lartey and Patrick Allotey.

The award-winning Boxing Promotion is looking forward to improve on their achievements and admit disciplined, committed and dedicated young boxers who they will guide and motivate to realize their mission in boxing management of producing world champions for Ghana.

SOURCE: GRAPHICONLINE The Bank of Ghana (BoG) has urged the public to remain calm as it implements measures to arrest...
Read more
General

By Nicholas Osei-Wusu Government will soon undertake a review of existing mining Development Agreements with the aim of optimizing benefits of the sector to the...
Read more
General

Story: Franklin ASARE-DONKOH Veteran Journalist and Managing Editor of the New Independent, Lawyer Andrew Edwin Arthur has been re-elected as the President of the Private...
Read more
Crime

Story by Hannah Dadzie The Ministry of Foreign Affairs and Regional Integration says it is investigating the alleged issuance of Ghanaian passports to foreigners. The...
Read more
General News

By: Akosua Adjei After Captain  Evelyn Badu Badu sustained an injury that will take her out of the U-20 FIFA Women's World Cup, the Black...
Read more

Long jumper Deborah Acquah recorded Ghana’s fifth and final medal at the 2022 Commonwealth Games in Birmingham after coming in third with a leap...
Read more

By Gloria Peprah Mohammed Aryeetey is set to face Filipino boxer Jeronil Borres in his first international fight in an 8-round contest on August 12 at...
Read more

Drivers disagree with government over plans to increase road tolls

Not under pressure to release hit songs – Akwaboah