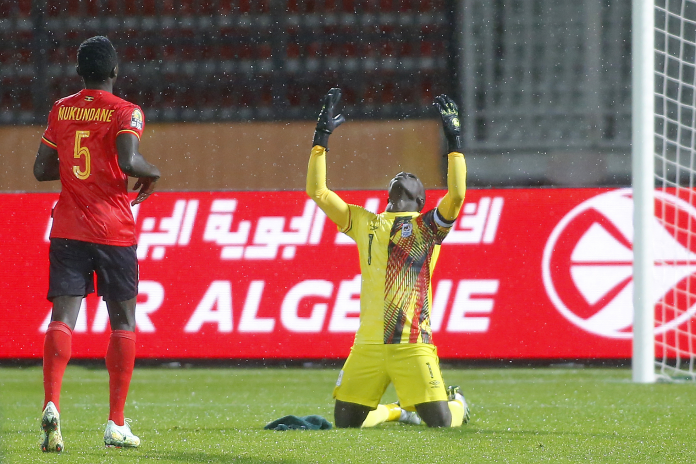 Senegal had the chance to qualify from Group B with a game to spare, but their inability to convert their dominance into goals cost them that opportunity. In Wednesday’s other group match, Ivory Coast and DR Congo played out a goalless draw in a game which promised much but yielded barely any thrills.

In the first match of the day, Senegal took on Uganda at the 19 May 1956 Stadium in what was expected to be an easy win for the Senegalese. In true favorites fashion, Senegal dominated their opponents as they controlled possession and launched a flurry of attacks on the Ugandan defence in search of a goal or three.

However, a goal in the 33rd minute of the game from Milton Karisa stunned Senegal and gave Uganda a shock lead. Undeterred by the goal, Senegal pressed relentlessly for the rest of the match in search of an equalizer to spark a comeback, but the Ugandans kept things tight in defense to hold off the Senegalese assault. Uganda’s heroic efforts in defense coupled with wasteful finishing from the Senegalese forwards, helped maintain their lead.

An 84th minute red card for Mame Libasse Laye Ngom following a VAR review after he committed a foul blunted the attacking efforts of the Senegalese players as they had to ensure that they were not caught on the break by Uganda and they were unable to find that equalizing goal until the game ended. A painful result for Senegal, who will be left regretting their profligacy in front of goal, and delight for Uganda, who now top the group and have a chance to secure qualification from Group B.

Perennial underachievers Ivory Coast and two-time CHAN champions DR Congo clashed in what was anticipated to be an exciting encounter in the second match of Group B. Yet, for what was expected to be a thriller of a game, it ended up being a cagey and fairly mundane goalless draw. Ball possession was fairly balanced as both sides struggled for dominance, and while Ivory Coast had more attempts at goal, they failed to put the ball into the Congolese goal. It can be said that both defenses excelled on the night, as shots on target were few and far between for both teams, but the attacking proficiency of the sides left much to be desired. All in all, a goalless draw seems like a fair result, looking at the quality of play from both sides.

As it stands, Uganda are top of the group with 4 points, Senegal trail close behind with 3 points, DR Congo are third with 2 points and bottom-of-the-table Ivory Coast have 1 point. With the last round of games for the group swiftly approaching, all the teams in the group have a chance of qualifying for the next stage should results favour them.

This sets up an interesting final round of matches which you can watch live on GTV Sports+ Sunday, 22nd January 2023.