Edem Ahiable has emerged winner of a 6 kilometer Robert Ata Cycling Race at Peki Blengo in the Volta region on the 14th of January 2022.

The race is in honor of the late bike enthusiast, Robert Ata Tsigbey Dei Tutu, a bike lover who rode bikes on long distances regardless of his age.

Edem, a 26-year-old bricklayer from Akosombo, finished the race in 22 minutes 10 seconds ahead of 18 other contenders.

An elated Edem said, “I’m happy winning this race today, I’m only one year into cycling and happy to win this competition even though the distance is short.”

Ahiagbede Godsway finished second in 25 minutes 30 seconds, he was awarded GHC 200.00, a medal, and a T-shirt

11- year-old Ameworlor Augustina a pupil of Apegusu D/A Primary School took first in the female category with a time of 32 minutes 17 seconds.

Robert Ata Tsigbey Dei Titu is a Ghanaian who hails from Peki Blengo in the South Dayi district of the Volta region.

He loves cycling and rode bicycles for 6 kilometers every day until age 81.

The Robert Ata Tsigbey Dei Tutu Riding Competition in Peki was under the auspices of the Vida Cycling Program. 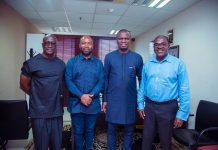 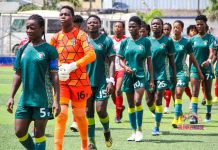