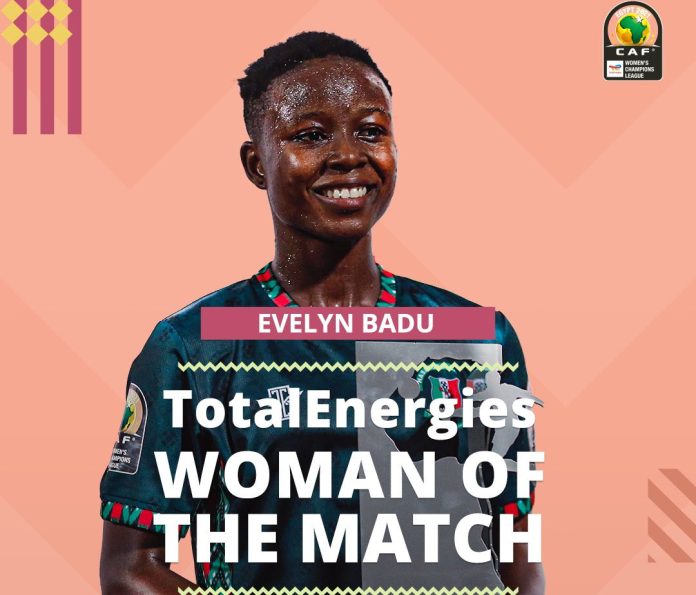 It was a historic day for African football as the CAF Women’s Champions League officially kicked off in Egypt Venue 30 June Air Defence Stadium.

Ghana Women’s Premier League champions Hasaacas Ladies opened their CAF Women’s Champions League campaign with an emphatic 3-1 against the Malabo Kings FC of Equatorial Guinea in the second fixture of the day.

An early goal in the 11th minute from Evelyn Badu gave the Hasmal Ladies the lead. Coach Basigi appeared very agitated on the lines as his squad failed to increase their with the numerous chances created but his instructions and shouts paid off as they increased their lead in the 86th minute through a goal scored by “The Queen” of set pieces Perpetual Aggyekum. With Evelyn Badu scoring her second in the 93rd minute to seal the 3 points for the Ghanaian champions.

Meanwhile Malabo Kings got consolation goal in the 89th minute from a Stephanie Gbogou header. With a brace and an fantastic performance, Evelyn Badu was adjudged player of the match.