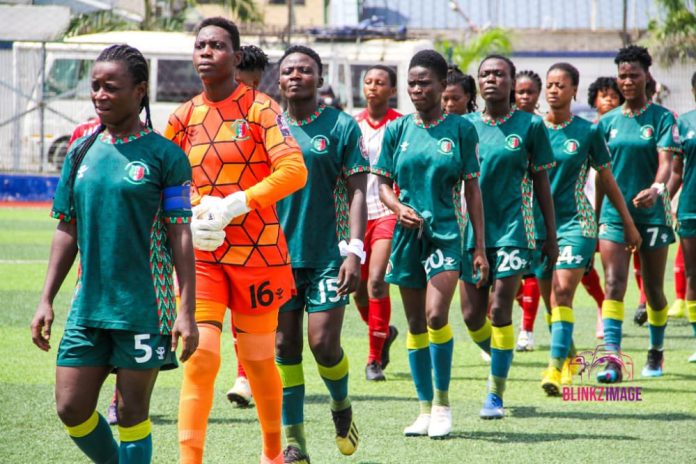 A goal in each half from Success Ameyaa and Veronica Appiah respectively gave Coach Yussif Basigi’s side a spot in the grand finale.

Success Ameyaa scored from the spot after Doris Boaduwaa was brought down in the 18-yard box. While Veronica Appiah’s goal was born from series of passes between the Doo Girls. Try as they may, it was not meant to be as Fiduos Yakubu’s numerous chances yielded no fruits for the Kumasi-based team.

The victory sets the stage for familiar foes Hasaacas Ladies and Ampem Darkoa to square it off in yet another final as Ampem Darkoa defeated Army Ladies 2-1.