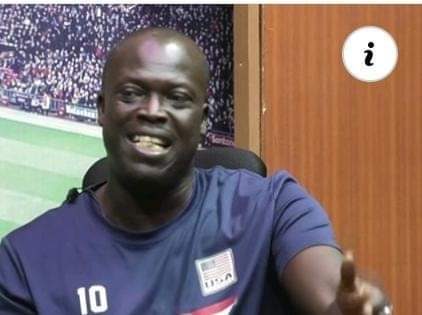 A Football Researcher, Vincent Abiw, has described the Ghana Football Association as one that has no policy direction for Ghana’s National Team, the Black Stars.

According to the Coach, the GFA has only perfected the syndrome of hiring and sacking of coaches.

There was an outpour of concerns about the dismal performance of the Black Stars in their first two matches of the Qatar 2022 World Cup Qualifiers. The Black Stars won 1-0 against Ethiopia and lost in a similar result against the Bafana Bafana of South Africa, a result that had led to the sacking of C.K Akunnor the Head Coach and his two assistants.

Akonnor’s sacking after the Executive Council Meeting on Monday, September 13, 2021, had been met with varied reactions but, the Football Researcher said the Ghana Football Association needs to come out with an effective football policy direction to harness the development of the Black Stars.

“The Sacking of CK Akonnor came too early but as a result of the panicking situation, Ghana finds herself wondering whether the Stars will qualify for the World Cup and because it is a league form we have to act early or promptly. I think in a way people will say it came too early but from whatever school of thought, I think it didn’t come early. It’s just that like I always tell you we not having a good plan, we don’t know what we are looking for and so we always take decisions in haste or what we call the fire service approach we are not responding to issues we are only reacting to issues picking CK was a reaction and sacking him too was a reaction. I don’t think we pick coaches based on policy based on the direction we want to go and whatever we want to achieve. Whatever method we are using is the same method we are using in our clubs that’s why we are going through all these problems.’’

A 3-member Committee including the Vice President of the GFA, Mark Addo, Dr. Randy Abbey and the Upper East Regional Football Association Chairman Alhaji Salifu Zida are to find a Head Coach and Assistant Coaches for the Black Stars.

Ghana lie second behind South Africa with 3 points after 2 matches. The Black Stars will face Zimbabwe in October 2021.