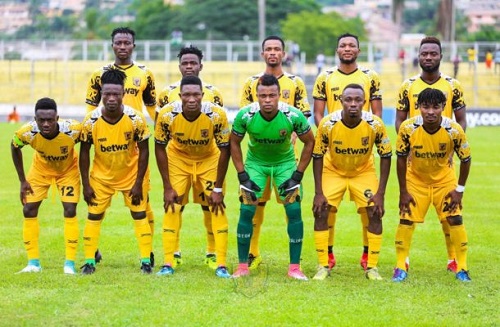 The Ghana Football Association (GFA) has commenced an investigation into the alleged match fixing scandal that rocked the final Premier League game between Ashantigold and Inter Allies at the Len Clay Stadium at Obuasi last Sunday.

Musah later confessed to deliberately scoring the two goals against his side because prior to the game he had heard of the scoreline ending 5-0 in favour of the host as agreed on by a betting syndicate.

But because he did not condone betting in the game, he decided to ‘spoil’ the betting by scoring two more goals.

However, a statement from the GFA said it has initiated an investigation to ascertain the veracity of the allegation with players of both teams and their officials expected to assist in the investigation.

The GFA has also cautioned that players who are under investigation would be denied issuance of their International Transfer Certificate (ICT) as well as introductory letters when they must visit any embassy for visas to travel.

“The General Public and all Stakeholders are to note that until investigations are over, the Ghana Football Association will not approve the issuance of any International Transfer Certificate (ITC) and Introductory letter to any Embassy for visas for any of the persons under investigation”, the statement said.