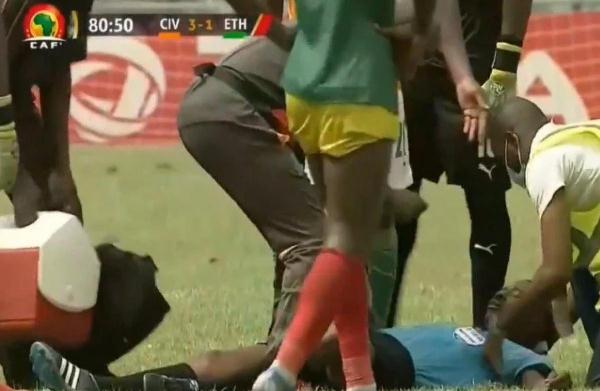 A Ghanaian referee, Charles Bulu, collapsed during the 2021 Africa Cup of Nations (AFCON) qualifier between Côte d’Ivoire and Ethiopia.

The Federation of International Football Association (FIFA) referee was stretched off the field in the 80th minute after he collapsed.

The Ivorians were leading 3-1 in the match-day six of the 2021 Africa Cup of Nations qualifiers at the Stade Felix Houphouet-Boigny before the match ended abruptly following the incident.

The fourth official who was expected to replace Charles Bulu was an Ivorian and could not take over due to conflict of interest.

As a result, the match had to be called off with ten minutes left to be played, though it has no importance since the outcome would not affect the chances of the home nation participating in the 2021 AFCON.

Division of Volta region is a recipe for tribal conflict –...