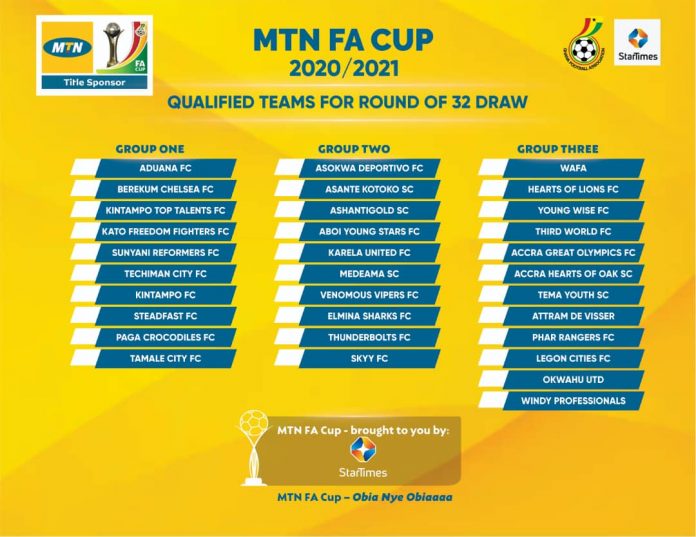 On Thursday, June 10 at the MTN House (Headquarters) in Ridge, Accra, the MTN FA Cup Round of 32 draw will take place.

Before the Round of 32 draw on Thursday, the qualified teams were divided into three groups.

The zoning was done with the geography of the teams in mind, according to the Ghana Football Association (GFA), in order to eliminate long-distance matchups.

The winner of the MTN FA Cup in 2020/21 would receive GH2000 in MTN airtime in addition to qualifying for the Confederation of African Football (CAF) Confederation Cup.