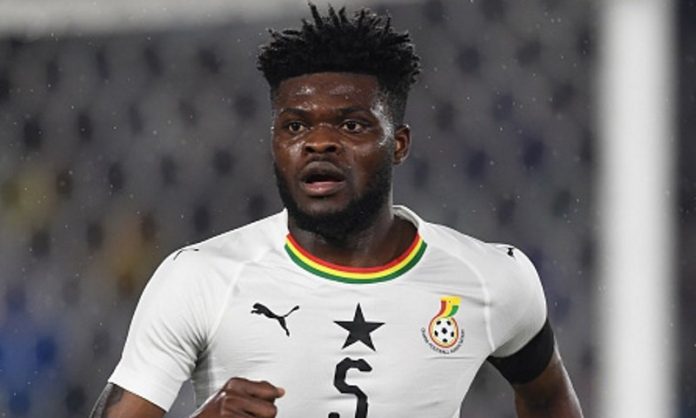 The Ghana Football Association (GFA) has stated that Thomas Teye Partey Deputy Captain of the senior national team, the Black Stars was not sacked from camp as being reported in sections of the media.

A statement from the GFA said, Partey traveled to Cape Coast on Thursday to meet Coach Charles Akonnor over some personal issues.

“After the meeting which lasted for about an hour, the Coach excused him from the trip to Morocco – and asked him to report to camp for the second game against Ivory Coast.

“As the 1st Deputy Captain of the Black Stars, Thomas later joined his colleagues at training to show solidarity and support before leaving for Accra,” the statement added.

The Arsenal midfielder would therefore team up with the rest of the squad on Thursday when the team returns from Morocco.