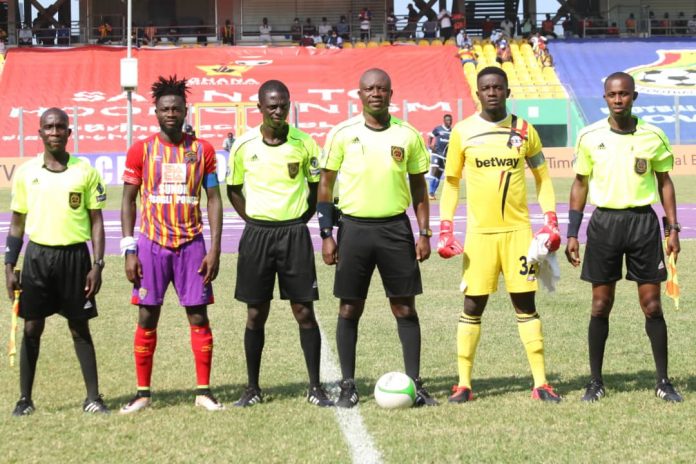 For delaying the start of Premier League Matchday 33 game between Accra Hearts of Oak SC and Liberty Professionals FC at the Accra Sports Stadium, Referee Obed Kwegyah Danquah and Match Commissioner, Onesimus Nii Adjiri Barnor, have been charged by the Prosecutor of the Association.

In the said game, the Match Officials failed to start the game at the scheduled 3:00pm kickoff time and also did not offer any explanation on the delay in their respective match reports.

The Referee Obed Kwagyah Danquah and Match Commissioner Onesimus Nii Adjiri Barnor will file their defence and have their day before the GFA Disciplinary Committee.

It would be recalled that the GFA had indicated that matches which have bearing on the winner of the league and demotion would be played on the same day and kick off at exactly 3pm for which situation both matches involving Hearts of Oak SC and Asante Kotoko SC were shown simultaneously by Television Rights holder StarTimes Ghana.

Forum to sensitise Ghanaians over coronavirus held in Upper West