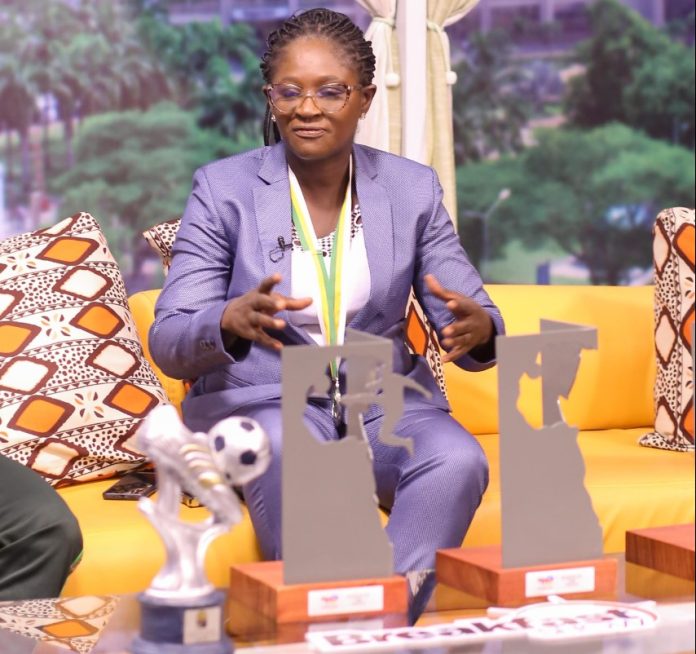 The Chief Executive Officer, C.E.O of Hasaacas Ladies, Evelyn Nsiah Asare says selling some of the best players of her team to other teams interested in them would be a Management decision.

According to her, since day one a lot of Clubs have been trooping in showing interest in some of their players.

“Oh even from day one after finishing our first game and Evelyn scoring two goals for 3 points, they started coming, coming to our hotel, calling and sending so many messages. I don’t know, maybe they are thinking that after today we don’t have the Hasaacas Team again because they are taking about 8 players from my team. Meanwhile, we have a Super League to play”, she said.

She added that selling the players would be a Management decision “it would be Management decision, but there are some who have served the team for so many years so, if it happens that one or two should go, why not? I don’t think we will mind so much but we have to hold a meeting, the Hasaacas CEO noted.

Meanwhile, some Hasaacas Ladies have been speaking of their interests regarding International Teams.

Captain of the Hasaacas Team, Janet Egyir stated that her Team of Choice Internationally, is Chelsea Ladies, and she looked forward to playing with the Team, someday.

Meanwhile, Player of the Tournament (2021 CAF Women’s Champions League), Evelyn Badu said she would like to play for Barcelona Ladies.

EC attributes slow pace of voters registration to difficulty of some...