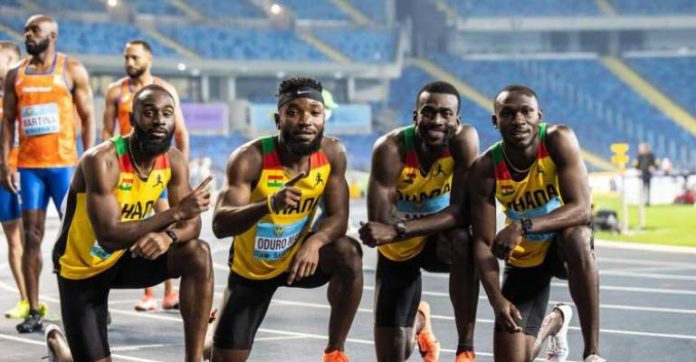 The Men’s 4×100 relay team of Ghana secured its place in the finals of the 2020 Olympic Games in Tokyo, Japan despite the anxiety and little frustration they went through since they had to wait for all the other heats to be completed to know their fate.

Ghana with the quartet of Sean Safo-Antwi, Benjamin Azamati, Emmanuel Yeboah and Joseph Paul Amoah finished their heat in fifth position with a time of 38.08s but were later confirmed as one of the nine countries to battle for a medal in the final since their time was selected among the best from all the heats.

The joy on the faces of the new record breakers was awesome since they couldn’t believe their eyes especially breaking a record set twenty-four years ago by legendary quartet of Abu Duah, Eric Nkansah, Aziz Zakari and Emmanuel Tuffour.

Burundians head to the polls to pick next president