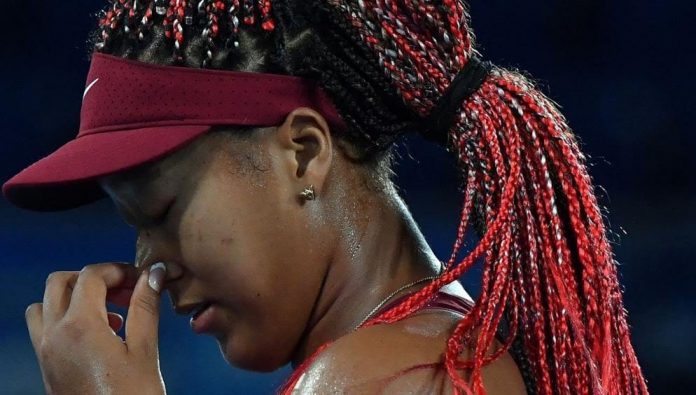 Marketa Vondrousova stunned Naomi Osaka to reach the quarter-finals of the women’s singles at Tokyo 2020.

The 2019 French Open runner-up won 6-1 6-4 in an hour and eight minutes and will now face either Spain’s Paula Badosa or Nadia Podoroska of Argentina.

With heavy rain suspending play on the outside courts, the roof was in operation on Centre Court at Ariake Tennis Park.

In the first meeting of the pair, Osaka’s radar was awry at the start with the Czech pouncing on her second serve and breaking in the opening game.

The home favourite had two points to break straight back but Vondrousova saved them both, the second with an ace, before going into a 2-0 lead.

And a couple of superb backhands saw the world number 42 into a 3-0 lead after just nine minutes which quickly became 4-0 with Osaka struggling to get to grips with her opponent’s lefty serve.

Osaka saved three break points before finally getting on the board, but Vondrousova did manage to break for a third time to take the first set 6-1 in just 24 minutes.

The Japanese star quickly rediscovered the accuracy which had deserted her in the first set, finding the lines regularly as she broke Vondrousova at the start of the second.

But that second serve remained vulnerable and a double fault handed back the break at the end of a seven-minute long fourth game to make it 2-2.

The Czech had two match points, but Osaka saved the first with a crunching forehand winner before Vondrousova netted a backhand.

She soon had a third chance to complete victory, and Osaka went wide with a backhand to end her hopes of a gold medal on home soil.