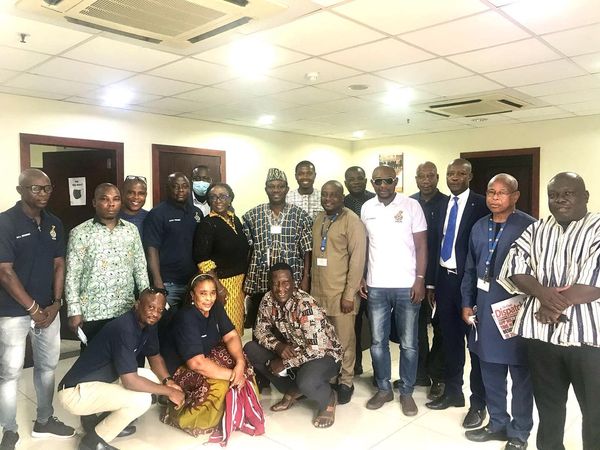 The Executive Council of the  Volta Regional Football Association (VRFA) has met the Volta
Caucus of Parliament at the Parliament House in Accra.
The purpose of the meeting was to discuss the development and support for grassroots football in the region.
The delegation was led by the VRFA Chairman, Daniel Agbogah, other members include Regional Secretary, Promise Ahiagba, Executive Council Members, Foster Kudiabor, Innocentia Agbavitor, and Atsu Kuadey.
The rest are Martin Torku, Mark Coffie Serlom, and Hamza Mutala.
The meeting was also to outline the achievements of the the new administration of the Regional FA, since assuming office in October 2019.
“Since we took office in October 2019, we have organized the best regional football league in the Volta region, which has been modeled by other regions, he said.”
The 2020/2021 season has been rated as one of the best leagues the Volta FA has ever organized.
The Volta FA Chairman, Daniel Agbogah appealed to the law-making caucus of the region to assist in the elevation and development of football.
“Football has power beyond the competition, Volta Football is on its knees, and I humbly appeal to honorable members here that we have to raise it.”
The chairman also outlined the challenges of the Regional FA. He said the secretariat of the FA is a small room provided by the National Sports Authority, (NSA), which is not adequate  for office practice. 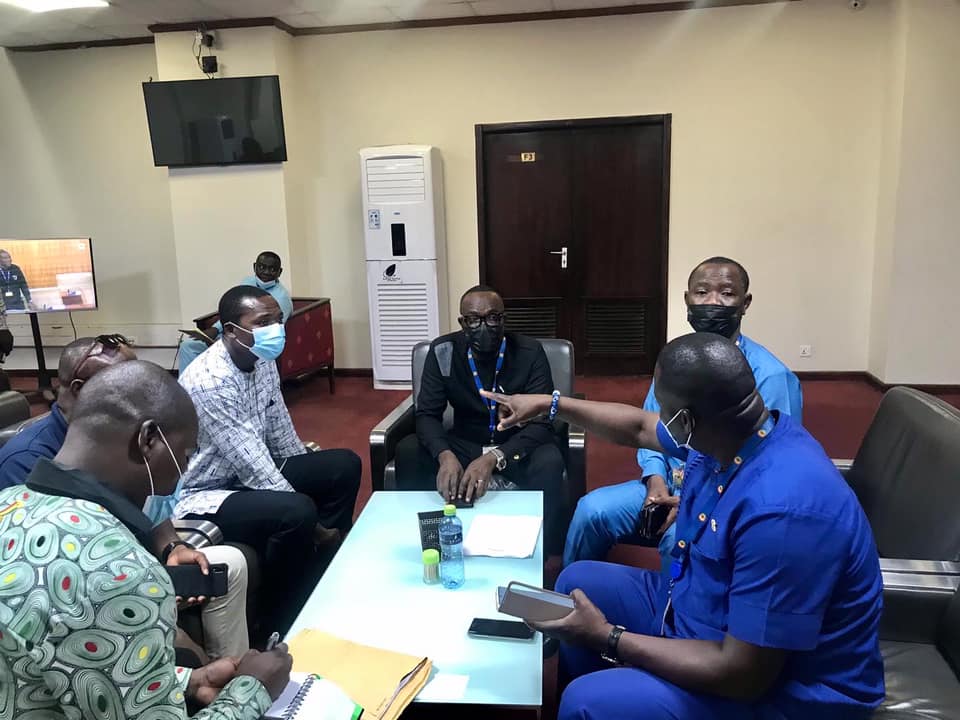 He hinted that plans are far advanced to secure land to construct an appreciable Secretariat but the process has been frustrating.
The Volta FA Chairman implored the MPs to turn their attention to the sorry state of the Ho Sports Stadium, which sorry state was worsened during the just ended Volta Trade and Investment Fair.
He also called for the Multipurpose Youth Resource Center at Nuwumu, Adaklu, to be completed since its 9-month completion date in 2018 has elapsed.
“ The Ho Sports Stadium Stadium playing field has been destroyed during the Volta Fair, we are communicating through you to the powers that be to fix the stadium for us,” he said.
“The infrastructure deficit of our facility is not good. The uncompleted Youth Resource Center has not been attended to by the government as promised, again, we are communicating through you to the powers that be to finish it up,”  he added.
The Nuwumu project in Adaklu is one of the Ten (10) Multipurpose Youth Resource Centers the government is building across Ghana for 5 years now.
Mr. Agbogah revealed that all leagues of the Regional FA were played without sponsorships, he then appealed to the Caucus to sponsor and assist in getting potential sponsors for the Association at the district and regional levels.
“All leagues were played without sponsorship, we appeal and respectfully ask for sponsorship for all our leagues, which are Beach Soccer, Division Two, Women, Division 3, and Juvenile.
“We need support to start District Football Associations where it is not played,” he said.
The Chairman of Volta Caucus, Mr. Emmanuel Kwesi Bedzrah together with other members expressed joy to see members of the Executive Council of the Regional FA showing up to discuss the development of football In the region.
This is the first time the two bodies are meeting, he observed.
A member of the Volta Caucus, who is the Ranking Member on Youth and Sports Committee in Parliament, Kobina Woyome, advised the Regional FA to brand its products (Regional Leagues) to attract sponsors.
The Caucus tasked the Regional FA to prepare a working document as a basic plan to assist the Regional FA
“Come out with a district base plan, give out a proposal on what you want us to do for the FA.” Mr. Bedzrah said.
“All MPs have an allocation for sports, we want to see football flourish in the Volta region.” A member of the Volta Caucus, Hon. Govern Agbodza said.
“Give out a plan to become a working document instead of the Gala we organize in our constituencies,”  Mr. Kobina Woyome added.
The Volta FA whose jurisdiction extends to the Oti region will soon have a similar meeting with the Oti Caucus. 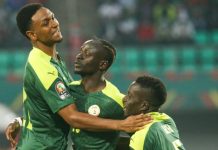 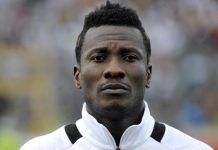 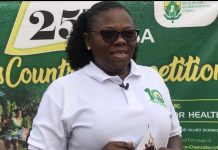 German airports on alert amid spying reports at Stuttgart