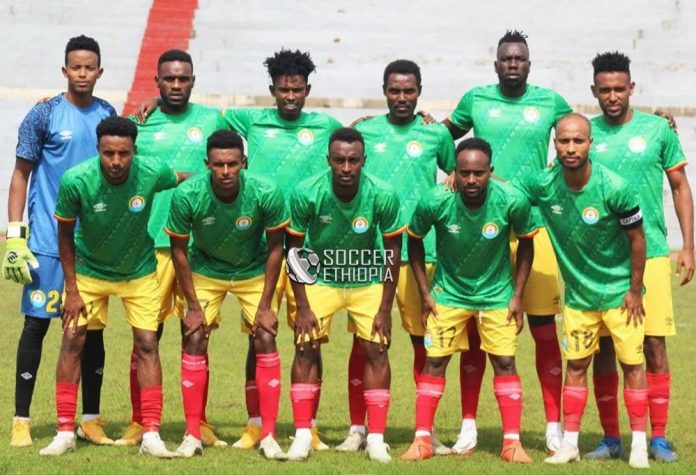 The Head Coach of the Ethiopia National Soccer Team, Wubetu Abate has sent a strong warning to the technical handlers of the Senior National Team of Ghana, the Black Stars with a sweet 2-1 victory over the Cranes of Uganda in an international friendly at the Bahir Dar International Stadium on Sunday.

Coach Wubetu believes the good start of his team during warm up matches is a good sign of building a good and strong team to beat Ghana on Friday evening at the Cape Coast Sports Stadium.

The Walia Ibex of Ethiopia’s victory came with goals from 21-year-old Abubeker Nassir in the 11th minute to put the East Africa side in front causing a great discomfort to the cranes of Uganda. The lead was doubled 7 minutes later in the second half through Abel Yalew before Yanus Sentama reduced the deficit for the Cranes of Uganda in the 56th minute to end the game at 2-1 in favor of the Home stars.

According to information, Ethiopia rested nine players in the game after they were held to a goalless draw game by Sierra Leone four days ago before this game.

Ethiopia are likely to play Zimbabwe at the Bahir Dar International Stadium in their game three days later.

All FIFA World Cup Qualifiers would be live on GTV Sports+ and on all GBC Radio and TV channels and Digital channels platforms.

Beirut blast: Over 100 dead as rescuers battle with Lebanon’s ‘national...

How to protect yourself and others from coronavirus infection