The co-creator of the computer mouse, William English, has died aged 91.

The engineer and inventor was born in 1929 in Kentucky and studied electrical engineering at university before joining the US Navy.

He built the first mouse in 1963, using an idea put forward by his colleague Doug Engelbart while the pair were working on early computing.

Mr English’s death was confirmed to US media outlets by his wife. 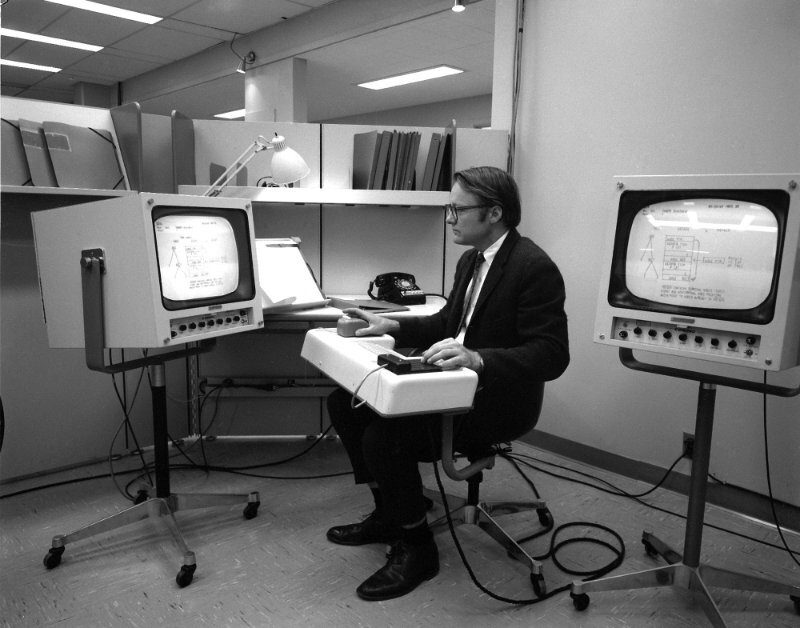 Bill English became the first person to use a mouse when he built the prototype at Mr Engelbart’s research project at the Stanford Research Institute.

The idea was Mr Engelbart’s, which he described as only being “brief notes” – but the creation was down to Bill English.

His first version was a wooden block with a single button – and underneath, two rolling wheels at 90-degree angles that would record vertical and sideways movement.

“We were working on text editing – the goal was a device that would be able to select characters and words,” Mr English told the Computer History Museum in 1999.

In an experiment, the pair asked users to try out the mouse alongside other pointing devices such as a light pen or joystick – and found that the mouse was the clear favourite. They wrote a paper, which was largely ignored for years.

At their 1968 demonstration, the mouse was shown off publicly for the first time – along with video conferencing, word processing, and a form of links similar to what we use on the internet today.

“As it moves up or down or si

deways, so does the tracking spot,” Doug Engelbart explained to the audience, as Bill English directed the technical side of the conference – including the video that wowed spectators.

The landmark nature of the showcase led to it being called “the mother of all demos” by later writers.

Asked decades later if it was the seminal moment in modern computing, Mr English replied: “I wouldn’t dispute that.”

Some stories attribute it to its size and the cable’s similarity to a tail – others to the fact that the cursor was, at the time, called a “cat”, and seemed to chase the new device’s movements.

But neither Mr English or Mr Engelbart could remember who decided the device should be called a “mouse” – or exactly why.

“In the first report, we had to call it something. ‘A brown box with buttons’ didn’t work,” Mr English said.

There, he replaced the wheels on his first mouse design with a rolling ball – the design that became familiar to most end users over the next decades. A similar design had already been tested by German firm Telefunken.

Neither man was made wealthy by their invention, which was patented but owned by their employer – and the intellectual property rights expired in 1987, before the mouse became one of the most common tech devices on the planet.

Speaking to the BBC after Mr Engelbart’s death, Mr English said: “The only money Doug ever got from it was $50,000 licence from Xerox when Xerox Parc started using the mouse.”

The device was also adopted by Apple for its early personal computer, the Lisa.

But “Apple never paid any money from it, and it took off from there,” he said.

By: Franklin ASARE-DONKOH Social media helps us to connect with the world, but it also comes with risks, like account takeovers, and links or scams...
Read more

By Mercy Darko Government says it will leverage space technology systems to monitor and protect water resources to maintain its worth and quality. This comes...
Read more

Story by Isaac Asare (IA) The Ghana Chamber of Telecommunications has instituted a Reward Package for persons that provide information leading to the arrest of...
Read more

By: Seli Baisie According to a report by the New York Times, Elon Musk is nearing a deal to buy Twitter. The two sides are currently...
Read more

AMA steps up inspections of new and existing buildings