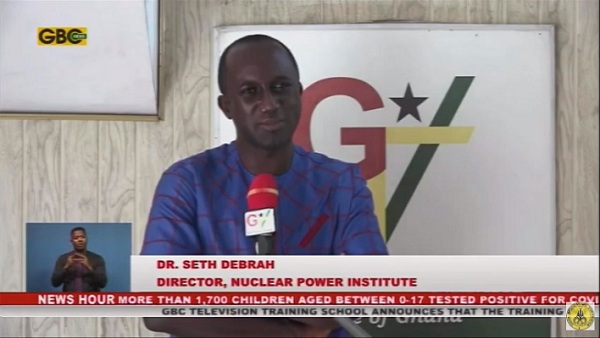 This is to ensure the country attains its industrialisation ambition. He said though nuclear is capital intensive, its running cost is very low compared to some other forms of power generation.

For some years now, Ghana has been making the effort to add nuclear to the national power generation mix. The dream is yet to materialise though some concrete structures and institutions have been established.

In recent years the efforts have been intensified. However, some analysts and energy related civil society organisations say they are concerned about this direction of power generation and the setting up of a nuclear plant. To them it is an expensive venture.

Speaking in an interview with GBCNEWS in Accra, Dr. Debrah stated that Ghana only needs to source for a partner to build and operate a nuclear plant without necessarily investing massively in such a project.

He responded to suggestions that Ghana should rather invest in solar and wind and not nuclear.

NDC decides to sit on left side of Speaker when sitting...

Pictures: Arrival of ECOWAS Heads of State for Extraordinary Summit in...