The Motor Traffic and Transport Department of the Ghana Police Service together with the Driver and Vehicles Licensing Authority and the National Road Safety Authority have embarked on a joint exercise in the Kumasi metropolis to rid the roads of unlicensed drivers.

Most documents of Commercial drivers that were inspected fell short of the requirements needed for driving.

The Ashanti region has recorded 108 deaths through road crashes between January and February this year. 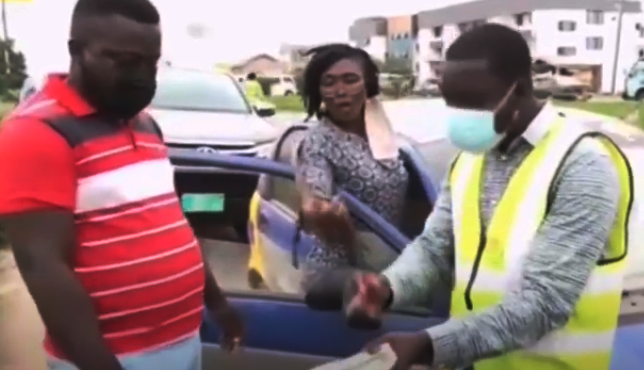 The joint operation by the MTTD, DVLA and NRSA was mounted in the Kwadaso municipality due to the busy nature of roads in that area.

They also ensured that the drivers wore their seat belts.

In the case of motor and tricycle riders they were asked to wear their safety helmets.

Motorists who were in breach of road safety regulations had their vehicles impounded and were asked to visit the appropriate offices to get all the needed documents before they could resume driving.

A motor rider, Twumasi Ankrah and a pillion driver Ampong were stopped for not wearing the safety helmet.

The Ashanti Regional Manager of the National Road Safety Authority, Madam Simbiat Wiredu, said most private vehicle drivers were compliant with the road safety requirements but the same could not be said for commercial drivers.

The Ashanti Regional Manager of DVLA, Mr. Amos Abakah, said the exercise which is intended to help reduce road crashes will be sustained.

There was a domestic flight from Accra to the Ho airport on Thursday which organizers say was purely for technical observation. This notwithstanding, the events witnessed...
Read more

Negative activities of drivers plying the yet-to-be completed Pokuase Interchange at the ACP Junction in the Ga North Municipality are fast destroying portions of...
Read more

We are ready to give more post-COVID hospitality – Businessman Nana...