gbcghanaonline
Sign in / Join
Home Uncategorized AFCON 2021: Disastrous-Comoros boots Ghana out
Share
Facebook
Twitter
Pinterest
WhatsApp
Print
Linkedin
Telegram
By Michael Okuley, YAOUNDE.
The Black Stars have been kicked out of the ongoing Africa cup of nations in Cameroon following their 2-3 loss to Comoros.
A second half brace Ahmed Mogni enusred Ghana were bundled out of the competition after conceding early goal in the 3rd minute
from El Fardou Ben ensured the Ghana is kicked out of the Africa Cup of nation in Cameroon.
The Black Stars who were searching for a win to brighten their chances of progressing to the next stage started with early incursions into the Comoros penalty area making huge statement of intent.
A counter-attack against Ghana caught the defensive set up flat-footed which forced striker Ben El Fardou cunningly deceiving the team and slot home a low grounder to open the deadlock.
Ghana’ case got worsened when captain Andre Ayew was red-carded for impeding goalkeeper in the 23rd minute when he clashed with the goalkeeper.
The incident got him sent off after the VAR was checked to force Ghana to play the rest of the game with 10 men.
The Black Stars restored parity with two quick goals from Richmond Boakye-Yiadom’s header on the 63rd minute and Alexander Djiku in the 77th minute.
Ghana went to sleep again to concede a second goal on the day from striker Ahmed Mogni on the 85th to put the nail on the coffin at the Roumdé Adjia Stadium in Garoua.
Coach Milovan Rajevac started the second half by making several changes including the introduction of Edmund Addo for Abdul Baba Rahman on the 46th.
The 60th minute saw two straight changes with Joseph Paintsil coming on for Abdul Fatawu Issahaku and Kamal Deen Sulemana making way for Richmond Boaky-Yiadom.
The defeat has ended Ghana’s journey in the competition as they managed just a point to finished at the bottom of group c.
Ghana’s group stage exit becomes the first time since 2006 the Black Stars have suffered a group phase elimination. 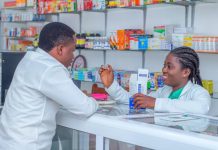 Reagan Kaaiemabong not a Pharmacist – Pharmaceutical Society of Ghana 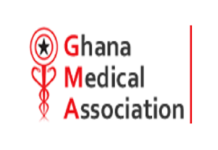 The Media, citizens must be engaged to understand National Security’s operations...