President Akufo-Addo will be conferred with the Star of the Youth of Ghana Award on the August 12, 2022, which marks International Youth Day. The recognition follows his initiatives towards youth development in the country.

Chief Executive Officer of the National Youth Authority, Pius Enam Hadzide, made this known at a media briefing in Accra.

This year’s International Youth Day will be marked from the 10th to 12th of August at Akwapem Mampong in the Eastern Region.

He called for the active involvement of the youth in the country.

The key highlight of this year’s International Youth Day is the maiden National Youth Conference. He announced that the 2010 Youth Policy has been reviewed, and received Cabinet approval. It will also be launched on that day. 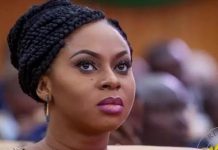