Myanmar’s military regime on Monday reduced Aung San Suu Kyi’s jail term to two years after a special court found her guilty in her first trial since her ouster in a February coup and sentenced her to four years in prison, according to a statement on the state broadcaster MRTV.

Suu Kyi will serve her sentence at her current location thus avoiding time in prison, according to a statement of pardon attributed to the chairman of the State Administration Council.

She was found guilty of inciting dissent against the military, a violation of Section 505(B) of the country’s colonial-era penal code. She was also found in breach of the Natural Disaster Management Law for flouting Covid rules while campaigning during national elections in 2020 since annulled by the junta.

Ex-president Win Myint, who faced the same charges, has also had his jail term reduced from four years to two, and he will also be allowed to stay at his current location.

Suu Kyi has been detained by the military regime since it wrested control of the government, triggering widespread protests in the nation that have led to economic devastation and renewed civil conflict.

The civilian leader was kept under house arrest for nearly 15 years before her release in 2010 as the country embraced democratic reforms. Since soon after the coup she’s been held in an unknown location in Naypyidaw, far from her restive supporters, and she hasn’t been seen publicly outside of court appearances.

“The sentencing of Aung San Suu Kyi is another appalling attempt by Myanmar’s military regime to stifle opposition and suppress freedom and democracy,” U.K. Foreign Secretary Liz Truss said in a statement. She warned that the “arbitrary detention of elected politicians only risks further unrest.” 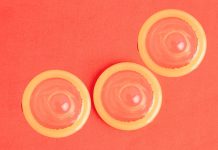 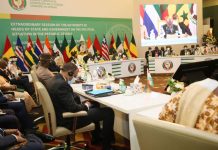