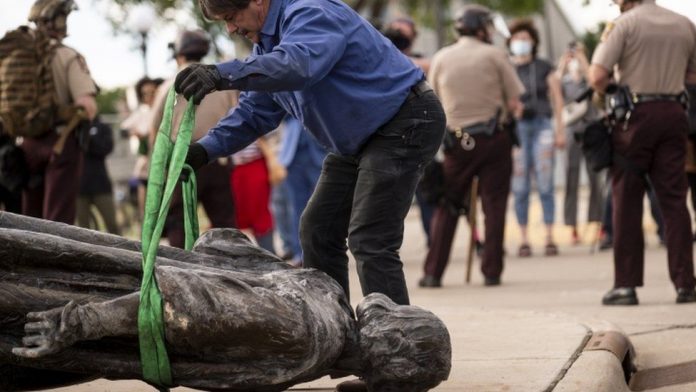 President Joe Biden has revoked a string of proclamations by Donald Trump, including an order to punish vandals who destroy monuments.

Mr Trump issued the order amid last year’s social justice protests as statues were being defaced or toppled.

And he canned a 2019 proclamation that sought to bar entry to immigrants who could not afford health insurance.

Mr Trump issued an order in June 2020 instructing the federal government “to prosecute to the fullest extent” any person “that destroys, damages, vandalizes, or desecrates a monument, memorial, or statue”.

The proclamation – which singled out “rioters, arsonists and left-wing extremists” – was a popular talking point for the Republican president at his rallies.

It followed demonstrators targeting statues, many dedicated to figures from the pro-slavery Confederacy, during US-wide protests following the murder of George Floyd while in police custody in Minneapolis, Minnesota.

Also among the Trump orders scrapped on Friday afternoon by Mr Biden, a Democrat, was the former president’s plans for an outdoor park featuring a sculpture garden of American historical figures.

The project was never funded by Congress and no site was ever picked.

Mr Biden also took down Mr Trump’s order in October 2019 that immigrants must prove they could cover medical costs before being allowed into the US, a policy that was quickly blocked by a federal judge.

“My Administration is committed to expanding access to quality, affordable healthcare,” including for non-citizens, Mr Biden said as he revoked that proclamation.

On Friday, Mr Biden also scrapped his predecessor’s orders taking aim at social media “censorship” and for all US foreign aid to be branded with a logo reflecting “the values and generosity of the American people”. 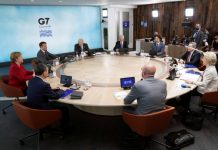 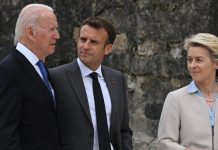 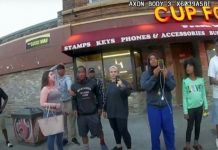 I wanted to write for Beyoncé at 16- now I have