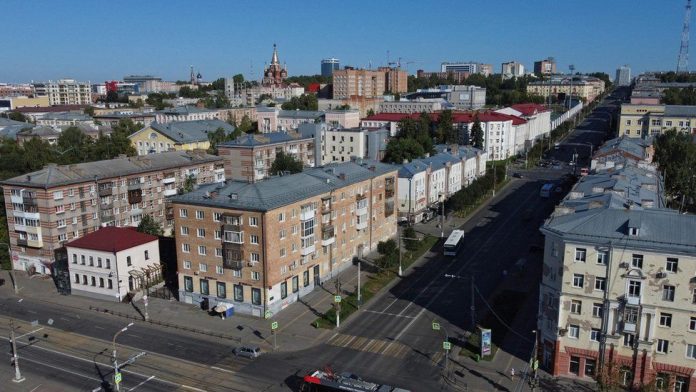 A gunman has opened fire at a school in central Russia, killing at least six people and injuring twenty, Russian officials say.

Victims include pupils and a security a guard at the school in the city of Izhevsk, according to Russian media.

The incident took place at school number 88, which has almost 1,000 pupils and some 80 teachers.

The gunman has reportedly killed himself and the motive is unclear. Emergency officials are at the scene.

Russian media have posted videos online which appear to have been filmed inside the school where the shooting has taken place.

One videos appears to show blood on the floor and a bullet hole in a window, with children crouching down underneath desks.

The attacker was reportedly armed with two pistols, according to a state MP quoted by the Tass news agency.

The school is in the centre of Izhevsk, a city of about 650,000 residents, close to central government buildings.

Teachers and pupils have been evacuated.

One local MP said the attacker – named as Artem Kazantsev- had been armed with two pistols.

A video posted online by the investigative committee shows the gunman lying dead on the floor wearing a T-shirt with a Nazi symbol and a balaclava. Investigators are searching his place of residence.

A mourning period until 29th September has been announced by the head of the region. Russian President Vladimir Putin’s spokesperson said he is “deeply mourning” the attack.

The school is in the centre of Izhevsk, a city of about 650,000 residents, close to central government buildings.

Russia clamping down on gun laws

This latest attack is grimly reminiscent of other school shootings in Russia over the last few years.

The country has seen a number of incidents where either a current student or a graduate has returned to their school and tried to kill as many people as possible.

Previous attacks were carried out with legally-obtained hunting rifles, when getting a licence for such weapons was effectively easier than passing a driving test.

Since the Kazan school shooting in May 2021 and the Perm University attack that September, the authorities toughened the laws. But in this latest atrocity, the attacker used pistols which he could only have got illegally on the black market.

The gunman was dressed in black and had inscribed the word “hate” on his weapons – a bleak echo of the 1999 shooting at the Columbine High School in the US.

Earlier this year, Russia’s security services branded as terrorist and banned a group they claimed existed, called The Columbine Movement, which according to them was linked to the Kazan and Perm attacks.