Boris Johnson is to resign as Conservative leader today, the BBC is told, following further ministerial resignations this morning

Nadhim Zahawi this morning told Johnson he must “go now”, two days after being made chancellor

On Wednesday night, Boris Johnson sacked Michael Gove after the Levelling Up secretary told him to quit.

Work and Pensions Secretary Therese Coffey says she will remain in office to ensure the “wheels of government keep turning”.

In a tweet, she says she understands colleagues’ concerns and “the very bad situation we are now in”.

But she says her department needs to be “firing on all cylinders” to support the most vulnerable people in society.

There’s more reaction to Boris Johnson’s imminent resignation as Conservative leader from ministers who’ve called for him to go in the last 24 hours.

George Freeman, who announced he was resigning as science minister this morning, says Johnson must apologise to the Queen and advised her to call for a caretaker PM immediately.

As our political editor Chris Mason has been reporting, Johnson plans to stay as prime minister until autumn so that a Conservative leadership contest can be held and a replacement confirmed.

Boris Johnson needs to hand in the seals of office, apologise to Her Majesty & advise her to call for a Caretaker Prime Minister.

To take over today so that Ministers can get back to work & we can choose a new Conservative Leader to try & repair the damage & rebuild trust. https://t.co/v3Pe3cFDph

Boris Johnson is yet to officially resign but the campaign to replace him has already begun.

Rishi Sunak stressed in his resignation letter his “fundamental” differences on the economy with the outgoing prime minister.

Sajid Javid pointed to the barriers he had overcome in his life in his resignation speech.

And Nadhim Zahawi turned the knife on the PM this morning after one minister had said his closeness to Boris Johnson could contaminate a leadership bid.

Suella Braverman has expressed an interest in the top job and there will be others including – but not limited to – Penny Mordaunt, Tom Tugendhat and Jeremy Hunt.

After a record number of resignations in 24 hours, the pressure on Boris Johnson ramped up even further this morning:

Conservative MP Robert Buckland says “the views of colleagues” will have pushed Boris Johnson to resign today, adding “he has bowed to the inevitable”.

He says Johnson managed to “break the logjam on Brexit”.

But he says he now hopes the Conservative Party can “get back to values” such as “freedom under the law”.

As we’ve been reporting, Boris Johnson will resign as Conservative leader today and will continue as prime minister until the autumn.

A No 10 spokesman said: “The prime minister will make a statement to the country today.”

Mr Johnson spoke to Sir Graham Brady, chairman of the Conservative 1922 Committee, to inform him of his decision, a No 10 source says.

“The Prime Minister has spoken to Graham Brady and agreed to stand down in time for a new leader to be in place by the conference in October,” the source added.

Conservative MP Tobias Ellwood has been reacting to the breaking news of Boris Johnson’s planned resignation.

He says he’s “glad he recognised the damage that was being done not just to the party brand but also our international stock”, he tells the Today Programme.

Ellwood adds the party now has a “massive amount of regrouping to do”. 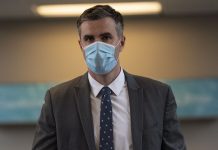 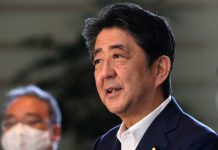