A year after social activist, Ibrahim Muhammad, popularly known as Kaaka, was attacked by unknown assailants in front of...
Read more

By Michael Kofi Kenetey The Eastern Regional Chapter of the National Graduate Teachers, NAGRAT has made a complaint to government...
Read more

South Korea recorded more deaths than births in 2020 for the first time ever, raising fresh alarm in the country which already has the world’s lowest birth rate.

The figures prompted the interior ministry to call for “fundamental changes” to its policies.

A declining population puts immense strain on a country.

Apart from increased pressure on public spending as demand for healthcare systems and pensions rise, a declining youth population also leads to labour shortages that have a direct impact on the economy. 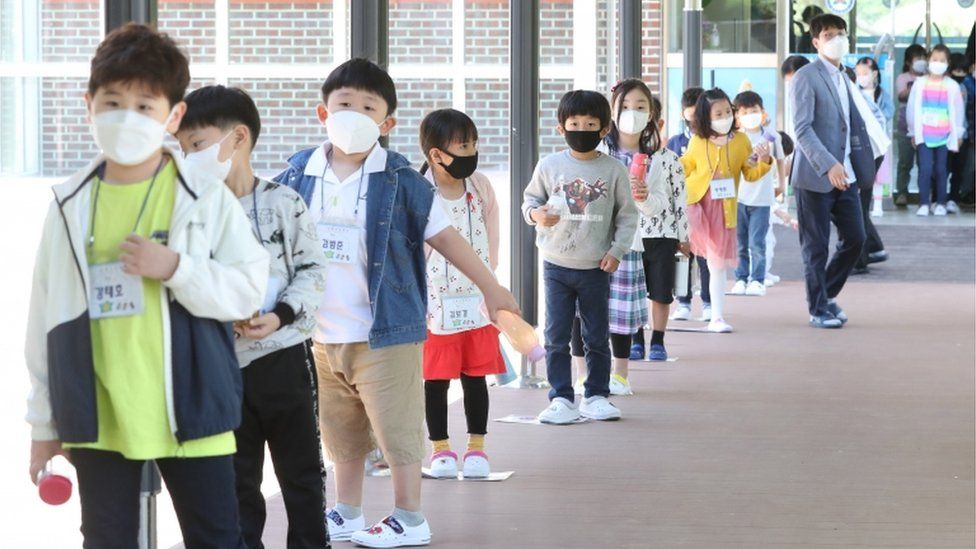 Largely, it’s because in South Korea, women struggle to achieve a balance between work and other life demands.

Hyun-yu Kim is one of them. The oldest of four, she dreamed of having a big family of her own. But faced with conditions that are not family friendly in South Korea, she is reconsidering her plans to have children.

She recently accepted a new job and had felt anxious about taking time off for maternity leave. “People tell me that it’s safer to build my career first,” she told the BBC.

“In order to have children, you need to have your own home. But this has become an impossible dream in Korea.”

She is also unconvinced by the incentives being offered by the government.

A year after social activist, Ibrahim Muhammad, popularly known as Kaaka, was attacked by unknown assailants in front of...
Read more
Education

By Michael Kofi Kenetey The Eastern Regional Chapter of the National Graduate Teachers, NAGRAT has made a complaint to government concerning the stress and fatigue...
Read more
Commentary

By Nathaniel Nartey Data from the State Insurance Company (SIC), has revealed that transit trade for the first quarter of 2022 decreased by 23 percent...
Read more

SOURCE: BBC NEWS BBC reports that a mass funeral service is being held in South-Western Nigeria for victims of the shooting earlier this month, at...
Read more

Aljazeera reports that Malaysia has confirmed it will abolish the mandatory death penalty, which is currently used in a number of offences, including murder...
Read more

Head of the World Trade Organization (WTO), Ngozi Okonjo-Iweala says the food crisis which has been kicked off by the Ukraine war could last...
Read more

SOURCE: BBC NEWS People in Thailand can now grow cannabis plants at home and sell the crop after the country removed marijuana from its banned...
Read more

People of Wa hail Bagbin’s election as Speaker of Parliament