By Bubu Klinogo, a Journalist

News Commentary On How? Why? Did Ghana exit AFCON

The Senior National football team, the Black Stars of Ghana on January 18, 2022 crashed out at the group stage of the ongoing Africa Cup of Nations football tournament in Cameroon. The four – time champions suffered a humiliating three two defeat at the hands of debutants, Comoros Island. While this was the first time the Black Stars were exiting the tournament at the group stage, it was also the first time Comoros had scored a goal at an AFCON.

Ghana went into the last group match needing a win in order to stand any chance of progressing to the knockout stage after losing its opening match by one goal to nil and drawing its second match with Gabon by one goal at peace. The team was confident of securing that win against the Comoros Island who had lost their two group matches. Incredibly, the team ranked 132nd in the world took an early lead in the 4th minute through El Fardou Ben Nabouhane. To make matters worse, Ghana’s Skipper and Inspirational Player, Andre Dede Ayew was shown the red card in the 25th after a challenge on the Comoros goalkeeper. Even though some analysts believe the red card was harsh, the referee had no option after a review from the VAR. The exit of Andre appeared to be a blessing for the Stars as they increased the tempo and seemed to be playing better with ten men. However, after about 15 minutes into the second half, the tiny Island nation with a population of just under one million doubled their lead against Ghana through Ahmed Mogni.

Ghana however put up some spirited performance and scored two quick goals through Alexander Djiku and Boakye Yiadom to level the scores at two two. The Stars pushed harder to get the winner and in the process left their back open. And as has been the case in their two opening group matches, they considered yet another late goal as Mogni scored his second goal of the night in the 85th Minute to help his side record a historic three two defeat against one of the giants of African football.

This defeat has left many football fans asking a lot of questions of the players and the technical team. First of all, there is no doubt that the Serbian Coach, Milovan Rajevac is not fit for purpose. His choice of first team players and timing of his substitutions were totally wrong. For instance in the first match against Morocco, even a novice in football could see that the Black Stars were not playing too well and there was a need for some substitutions. But, it was not after the 80th minute, when the Moroccans scored that he made some late substitutions at which point it was too late for the new players to make any meaningful impact. It is also clear from the three matches that the Black Stars are vulnerable in the last ten minutes, either as a result of tiredness or something else. This is evident in the fact that, in all the three matches, they considered a late goal. First against Morocco, the equalizer from Gabon and the thirdly the winning goal from Comoros were all scored in the last ten minutes of the games.

A good Coach worth his salt would have identified that problem and put in strategies to deal with it. Interestingly, the Coach rather chose to blame the quality of his players. According to him, he does not have quality players like those he previously used in his first stint with Ghana. He made mention of former skipper Asamoah Gyan and co. These utterances are to say the least very disrespectful to the players and insensitive to football fans. First of all, it was the coach himself who selected these players. If he knew they were not of the quality and standard required, why did he select them?
Any good Coach could work with these players and perform far far better than the abysmal performance supervised by Mr. Rajevac. It has happened in many jurisdictions and clubs.

For instance, the Chelsea players that won the last UEFA Champions League were the same players struggling in the English premier league under various Coaches. However, when given the chance, Michael Tuchel transformed the team and went on to win the coveted champions league. One major problem with this Serbian Coach is the language barrier. This is someone who is not able to communicate directly with his players and backroom staff and has to do everything through an interpreter.

The leadership of the Ghana Football Association cannot escape blame from this disgraceful outing. First of all, they got it wrong by sacking C.K. Akonnor and bringing in Milovan Rajevac to coach the Black Stars. C.K. was doing well, even though the team was not playing to the satisfaction of Ghanaians. They were however getting the results until they lost to South Africa in the world qualifiers. And Milo was brought to replace him. The results of the matches he supervised showed clearly that he was no better and had nothing to offer. As a way forward, Ghana must dispense of the services of this Serbian manager and reorganize the national team. There is much work ahead, most significantly the upcoming world cup qualification play off. All is not lost as there is still a glimmer of hope.

Ghana has enough talents home and abroad and when they are assembled, the country can win more laurels. Is it not surprising that at the time that there are more Ghanaians featuring in top leagues in Europe, the country is recording its worst performance in history. It shows the magnitude of the problem with football administration in Ghana. This has to do with the politics surrounding  player selection and hiring of managers. When that is done, Ghana can go places. It is however preposterous for anyone to suggest that the dip in form of the national team has something to do with the Number 12 expose by Ace investigative journalist, Anas Aremeyaw Anas, which saw former FA President Kwesi Nyantakyi banned from football. 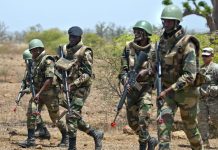 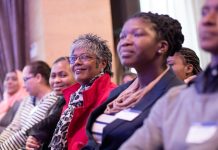 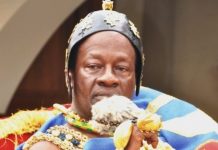 Don’t bleach be glad of who you are- Gender Advocate

Teshie LEKMA Road set to be fully completed in June 2020