Be in competition with yourself, not others – Music Producer, Zodivc

Ghanaian Music Producer, Zodivc has urged Ghanaian musicians to be a united front instead of comparing themselves to others.

The Sound Engineer and Music Producer made this statement in response to the brouhaha on social media about Nigerians not supporting Ghanaian Artistes. 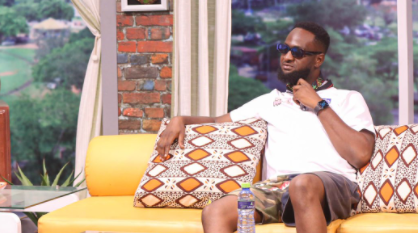 According to him, an Artiste focus should be on how to be productive and make an impact in the world.

He also mentioned that geographically, Ghana cannot compare itself to Nigeria.

“We shouldn’t start an argument, first of all, Nigerians have the numbers,” he noted.

The renowned Sound Engineer also stated that the component that makes a hit song, is sweet melodies, relatable content, and connection with one’s culture.

Asked why Ghanaian DJ’s and Artistes are switching from normal afrobeat’s to ‘Amapiano’ (South Africa Genre), he responded by saying, ”we are all Africans and should embrace each other’s culture.”

“We find this mentality affecting every area of our lives. I’m this, I’m that, is too much. When ‘Azonto came, Nigerians jumped on Azonto, nobody said anything. We were clapping that we are proud of ourselves. South Africa is been in the music industry for ages, they’ve been doing good music. But it’s time that they also have their own genre in Africa so they can be identified. We should embrace it. It’s African music and we are one people.”

Ghanaian Highlife musician Nero X says his two-year break from music was a result of issues with his former management as well as other...
Read more

By: Seli Baisie Ghanaian musicians, Amaarae, Gyakie, KiDi, and Nektunez has been nominated for the 15th Headies Awards. The global award for Afrobeats, The Headies,...
Read more

Ghanaian Afrobeat artiste Fancy Gadam says he is not worried about the recent awards snub as he remains focused on serving his fans with...
Read more

Be proactive than reactive- Oduro-Takyi to Interior Minister