Hiplife Artiste Okyeame Kwame, has disclosed that he was born, dyslexic at age 10 he could not recite alphabets, and growing up he had no confidence in himself because everyone kept telling him he was not intelligent.

The Rap doctor made this revelation during the Up-close and personal segment on the GTV Breakfast Show.

Okyeame Kwame said when he completed his Ordinary Level education (O-level), his results were bad, so he decided to go meet a man in his neighborhood in Kumasi called Lord Marcus. According to him, Lord Marcus taught him to rap. This is because at that time, he noted, he (Lord Marcus) was the only rapper in Kumasi.

“I pleaded with him, then he said you know what, I’m going to teach you how to rap but rap is an intelligent game. Because KRS1 and everybody who was rapping was really sharp. So, he will give me a book and tell me to go and underline metaphors, alliteration. And he will say, read the book in 4 days, and underline all the Metaphors, all the personifications”.

The rapper said in a year, Lord Marcus had introduced him to the world through reading.

According to him, Lord Marcus designed him as “the Best Rapper Ever’’.

“What my parents could not do, Lord Marcus used rap music to bring the best out of me. And from that time, I passed my A-Levels and I was no longer afraid to stand in front of the public and speak’’, according to Okyeame Kwame.

He added, “It is really strange that through rap music, a dyslexic, dyscalculia young man can become an intelligent, elegant African’’.

The Rap Doctor also reminisces about the first rap he wrote from Lord Marcus’s teachings.

He said the books are selling out quickly and the perception that Ghanaians don’t buy books is totally wrong based on how his book is selling fast. 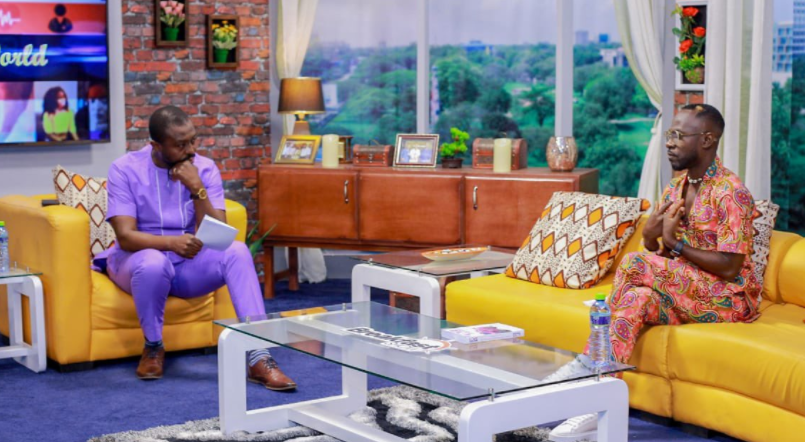 He, therefore, urged authors to have curated, branding and marketing strategies for their books and know how to sell.

Kwame Nsiah-Apau, popularly known as Okyeame Kwame is the Climate Change Ambassador for the Ghana Dedicated Grant Mechanism (DGM), one of the leading projects of Solidaridad, an international Civil Society Organization with 50 years of global experience in facilitating the development of socially responsible, ecologically sound and profitable supply chains. He is also a Made in Ghana Ambassador.