Her Excellency Anne Sophie Avé, the Ambassador of France to Ghana yesterday, June 21, 2022, held an event dubbed ‘Meet & Connect’ for fans and followers at UPSA Accra.

One of the biggest Diplomatic events was held by Her Excellency Anne Sophie Avé, in collaboration with other partners.

The aim of the event was to give her Ghanaian fans another opportunity to connect and network not only with her but with other creatives as her tenure as a French Ambassador to Ghana ends this August.

The vibrant diplomat, Anne Sophie (Akosua) Avé believes that the only way to have intimate knowledge of a country is to interact, blend and connect with the people.

Thousands of Ghanaian fans came to support the French Ambassador with some giving testimonies on how the exceptional diplomat supported their dreams and career. Some fans surprise Her Excellency with gifts. 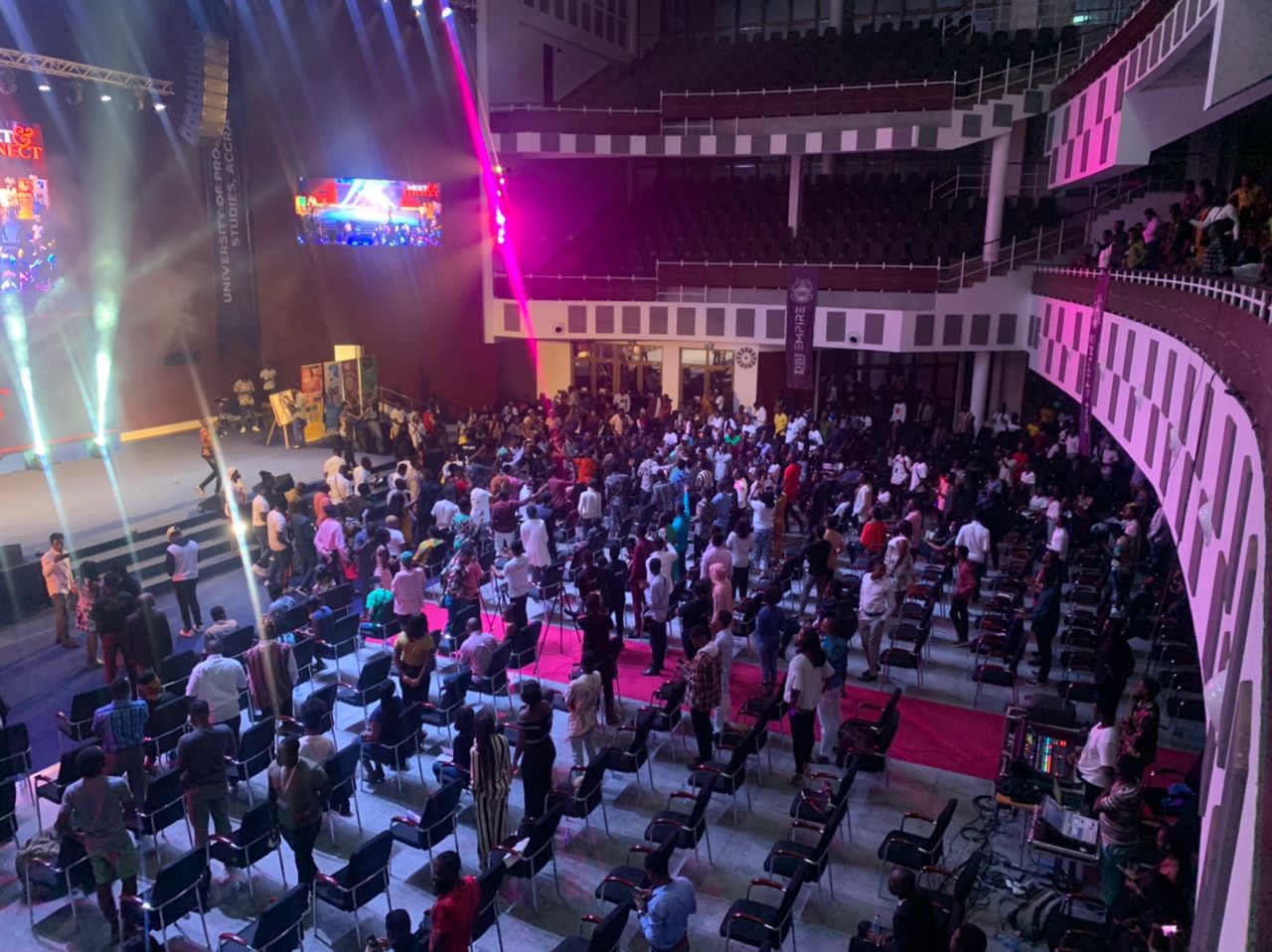 The EU Ambassador to Ghana, H.E. Ambassador Irchad Ramiandrasoa Razaaly was among the high-profile personalities who graced the event.

The night saw a variety of music acts and performances from upcoming artistes to mainstream artistes.

The crowd at the auditorium went berserk when big acts like Kelvyn Boy, Kuami Eugene, Kwabena Kwabena, Fameye and others mounted the stage to perform.

Who is Anne Sophie Avé?

Anne-Sophie Avé was born on 10th November 1968 in Fontainebleau, a commune in the metropolitan area of Paris, Franceis.

She grew up in Belgium and attended Lycée Français in Brussels. Anne Sophie Avé graduated from Toulouse Business School in 1991 and attended Ecole Nationale d’administration from 2003 to 2005.

In September 2018, she became a French diplomat. And currently the Ambassador of France to Ghana. She also hosts a TV talk show in Ghana called ‘Touch of France’.

She got involved in the music industry by connecting French artists Passi and Orti to Ghanaian musicians Sarkodie, Stonebwoy, Kwabena Kwabena, Becca, Fameye, Akwaboah and Gasmilla. She went ahead to organize PARIS IN ACCRA concert in November 2021 and the return leg ACCRA IN PARIS on 23 April 2022

She was enstooled in May 2020 as the Nkosuahemaa of Hani in the Tain District in the Bono Region (Ghana) with the stool name Nana Benneh III.

Noguchi investigating another suspected case of Coronavirus at Korle Bu