Vice President Mahamudu Bawumia has charged private sector players to engage the government more on what needs to be...
Read more

Assemblyman for Aborlove-Nolopi in The Keta Municipality of The Volta Region has called for the dredging of the Avutor Tagba lagoon to revamp economic activities in The Area.

According to him, dredging The Avutor Tagba will renew aquaculture-farming in water for breeding, raising, and harvesting fish, shellfish, and aquatic plants to increase buying and selling of commodities or exchange of services by local people to meet their day-to-day needs of life, to reverse the avoidable hardship his people are going through.

The Assemblyman, Simon Yaw Awadzi said the removal of unwanted deposits and rubbishes like, bottles, plastic and metal containers, black and white polythene bags from the bottom of the lagoon will assist inflow of more pure water from the Keta Lagoon complex to produce more variety of fishes like crabs, Tilapia, Mudfish Cut fish, Shrimps, and Prawns.

He noted that there is huge demand for shrimps and Prawns at The Regional and The National Capitals and if managed properly will be exported to other neighboring countries.

In an interview, The assemblyman for The Area, Mr. Awadzi noted the dredging of the existing river will also facilitate ecotourism- as he promises to organize holiday trips to the area in promoting local tourism to start with. 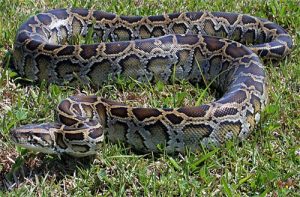 “The dredging will promote water transportation by cruising from Aborlove to Atiteti, Anyako, Keta, Anloga, and other communities dotted along the Lagoon”, Mr. Awadzi added.

The green vegetation or the mangrove around the banks of The lagoon also serves as a habitat for wild snakes like pythons. According to the community folks, the mangrove houses 500+ pythons that put fear in fisher folks when they get close to the mangrove area. 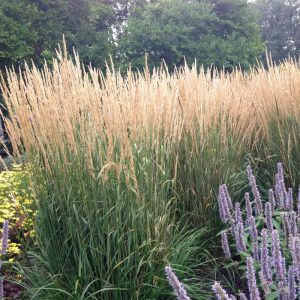 The Unit Committee Chairman who also doubles as a The Chairman of School Management Committee, Da-Silveira Pascal Mawuli said, “Pythons by nature are very dangerous and we have it in the mangrove and reed grass. We need the help of some NGOs or any benefactors to fence the area in order to restrict the pythons from entering the community and the area could be used as a tourist attraction to raise funds”.

He also pleaded for the dredging of the dam, create some fish ponds, and establishing a rice farm as means to provide jobs for the youth in the area.

According to him, the town people including the assemblyman, elders, and the opinion leaders are ready to support any developmental initiative by any investor (s). 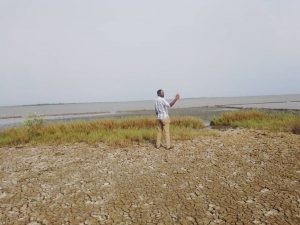 The only major road (4km) from Afife to the twin city is unmotorable and the Assemblyman called for the rehabilitation and construction of the road for easy access.

Economies of the people are predominant, fishing, farming, Kete/Kente Weaving and rearing of cattle. 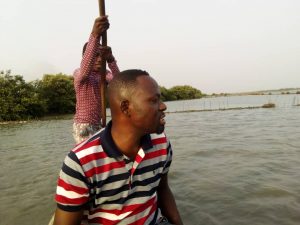 Aborlove-Nolopi  is geographically located between Afife, Anyako, and Sasieme with Population estimated at two thousand (2, 000). .

A Concept Paper titled “Jobs for the youth: Avutor Tagba Development Project presented to the Municipal Chief Executive of The Keta Municipal Assembly for consideration noted that active fishing is no longer possible in The Aborlove-Nolopi  portion of Avutor Tagba due to the evasion of reed grass.

According to the paper, “this area used to enjoy a very vibrant fishing industry but the area is now completely inaccessible to the people”. 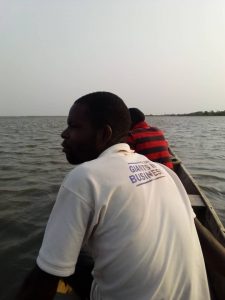 The paper said the project, when done, will resuscitate the fishing industry and open up the area for investment and jobs for the youth in particular.

Keta Lagoon, also called Anlo-Keta lagoon, is the largest of the over 90 lagoons that cover the 550 km stretch of the coastline of Ghana.

The lagoon is 126.13 km in length. It is located in the eastern coast of Ghana and separated from the Gulf of Guinea by a narrow strip of sandbar.

This open salty water is surrounded by flood plains and mangrove swamps. Together they form the Keta Lagoon Ramsar site which covers 1200 km2

There are seasonal inflows of seawater during high tide from the Gulf of Guinea and regular inflow of rivers. The rivers which drain into the lagoon include the Aka, the Tordzi River, and Belikpa, the stream which enters the lagoon from the north.

The lagoon is surrounded by many settlements. The towns include Anloga, Woe, Keta and Kedzi to the south, Anyako, and Anlo Afiadenyigba to the north, Kodzi, Alakple and Tregui to the west and Denu and Adina to the east.

Over the years population growth, extensive human activities, and climate change all contributed to reducing the volume of water in the lagoon which appears to be drying up.

The lagoon became part of the daily existence of the people of Anlo land. In 1992 the Keta Lagoon was placed on the list of Wetlands of International Importance by the Ramsar Convention on Wetlands, and in 1999 work began on measures to limit further erosion and to control flooding of the coastal region.

President Nana Addo Dankwa Akufo-Addo has been welcomed by his French counterpart Emmanuel Macron at the Elysee Palace, Paris ahead of the Summit on...
Read more
General

Plugging the gaping revenue leakages from the smuggling of gold by small-scale miners will boost the country`s fiscal revenue. Almost $2 billion worth of gold...
Read more
General

The Queen mother of Wassa Fiase in the Western Region, through her Foundation, Nana Abena Kunadjoa II Foundation, has partnered Gold Fields Ghana to...
Read more

Osu cemetery, where the dead rest in filth

The dead at the Osu cemetery are resting but in filth as the place is said to have been turned into a dumpsite. In...
Read more

Benjamin Willie Graham writes: The Hooligan Crocodile Must Be Killed!!!

I have lost myself on countless occasions searching for a safer path to avoid the ugly sight of this monster tormenting our beautiful game...
Read more

Coconut is considered as one of the greatest gifts on this planet. This is because the coconut water and coconut meat have several health...
Read more

Plant species become endangered due to harvesting for pestle and mortar

In search of sustainable means of protecting the forest and its resources, a Ghanaian scientist, Peterson Osei Bonsu has developed an innovative Fufu pounding...
Read more