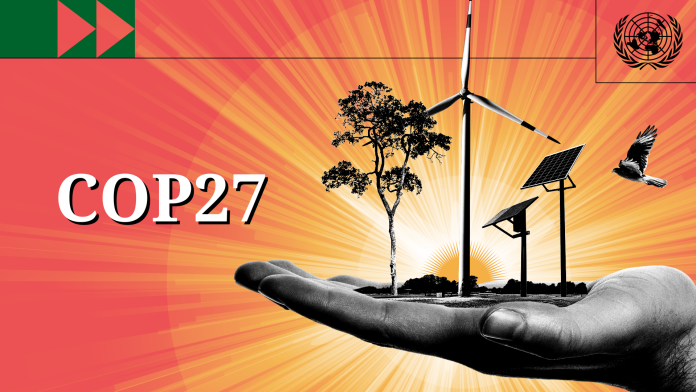 How Loss and Damage Evolved

Since the United Nations Framework Convention on Climate Change, UNFCC, was formed in the early 1990s, issues of loss and damage due to climate change have been debated on several platforms. Loss and Damage climate negotiations began when the Alliance of Small Island States called for a mechanism that would compensate countries affected by sea level rise.

Steadily, other vulnerable countries realized that they are also affected by climate change, mostly beyond their coping capacities. The idea of a mechanism that would help them in addressing loss and damage gained wider support. However, historically blamed for the climate catastrophe, it is said that wealthy nations overlooked the concerns of vulnerable countries. The concept of the “Polluter Pays Principle” makes the polluter liable for paying not just for the cost of remedial action, but also for compensating the victims of environmental damage caused by their actions. Around the world, the top five countries emitting Greenhouse Gases are China (28%), the United States (18%), India (7%), Russia (5%), and Japan (3%). That’s over 60% of global emissions from just five countries.

According to Climate global trends, the remaining 15 countries emit 18%, and the rest of the world contributes just 21%. Africa, the least of the contributors to this phenomenon, is responsible for less than four percent (4%) of the global volume of carbon emissions from energy and industrial sources. The impacts of climate change are much more severe on the poorer nations because of their geographical locations and weaker capacity to cope.

Facing the fact; Why Loss and Damage could no longer be denied.

As climate impacts continue to worsen, the need for a loss and damage finance facility becomes ever more apparent. Extreme weather events are striking every corner of the globe, and every year seems worse than the previous. It is a perverse reality that the countries and communities contributing least to greenhouse gas emissions are suffering the most and are least equipped to cope with the death and destruction.

According to the World Health Organization (WHO), 1 in 3 people across Africa already face water scarcity, but by 2025, climate change could have made it even worse, with predictions that close to 230 million Africans will be facing water scarcity, and up to 460 million will be living in water-stressed areas.

In January 2022, tropical storm Ana caused devastation across Madagascar, Malawi, and Mozambique. Tens of thousands of homes were turned into rubble, and hundreds of thousands had to flee to safety. Just under two weeks later in February, before the country had even had time to recover, cyclones Batsirai and Emnati hit Madagascar, leading to more deaths and destruction. At least 112,000 people were displaced and it was not the last of it. A month later in March, tropical storm, Gombe’s 120mph winds ravaged northern Mozambique and Malawi.

West Africa’s typical rainy season spans from May to October, but this year’s rainy season started early. Nigeria and Niger were the first to experience sweeping floods. Since early July, 2022, intense rainfall affected communities along the Niger-Nigeria border, triggering flooding which damaged at least 14,900 homes. Most of the displaced families were forced to find shelter in schools and makeshift tents. In Nigeria alone, flooding injured 2,776 people, damaged 123,807 homes and inundated 392,399 and hectares of farmland.

Floods struck Ghana’s Upper West Region after a heavy rainfall in 2021. Disaster authorities said over 1,605 people were affected and over 100 homes destroyed. Furthermore, flooding caused severe damage to roads and bridges in the region, impacting livelihoods and leaving some communities cut off. Initial assessments revealed a lot of people were directly affected but many more suffered as a result of damage to crops as over 700 farms were inundated by the floods.

When the tide changed at COP 27

Developed countries have resisted loss-and-damage finance, partly because of a fear of being hit with large claims, but two major factors brought them to the negotiation table. There was sustained advocacy from representatives of climate-vulnerable countries, including the Climate Vulnerable Forum currently chaired by Ghana’s President, Nana Akufo-Addo and the Vulnerable 20 Group, V20.

10-year-old Ghanaian climate activist, Nakeeyat Dramani, 12-year-old Sharon Ringo Mowo, a Tanzanian Climate activist, and many other young climate activists who pulled a standing ovation at COP 27 were also instrumental in highlighting the issues of Loss and Damage and how it would impact climate-vulnerable countries. All these initiatives were also backed by research, mainly the unfolding devastation in countries that contribute little to climate-altering emissions.

Over 30 International Network for Economic, Social and Cultural Rights, ESCR-Net members, including Indigenous, social movement and feminist leaders were present to advocate for human rights at the heart of climate negotiations and meaningful action on loss and damage, engaging alongside other civil society and movement allies in intense advocacy and action to influence negotiation outcomes.

After 30 years of delay and inaction, Parties at COP 27 established a Loss and Damage fund, a first step towards redress and accountability for the human rights harm caused to millions confronting climate impacts on the frontlines. With recognition from the big polluting countries, such as the US, UK and EU, the funding also seeks to help communities rebuild and recover in the aftermath of climate disasters urgently as needed.

In an interview with GBC News, Teresa Anderson, Global Lead on Climate Justice at ActionAid, noted that after so many years of calling for the UN to agree to establish a fund to help countries being pushed deeper into poverty. This is a real pinch-me moment, she added.

“We can give credit to the collective pressure from civil society, combined with unprecedented unity among developing countries, for forcing rich countries to finally say “Yes – we are in this together”.

“This loss and damage fund is long overdue, and it is truly shocking that it has taken rich countries so long to finally agree to help those harmed by climate impacts. For people on the front lines of the climate crisis, this offers hope that there will be a fund to help them recover and rebuild in the aftermath of disasters. There are still battles ahead to address key unanswered questions, but for now this is a crucial starting point”.

It was an important and hard-fought acknowledgment of the damage and of who bears at least some responsibility for the cost. For some negotiators, the Loss and Damage fund, welcome as it is, is particularly vague and unconvincing, even by U.N. standards. They say essentially, the agreement only begins the process of establishing a fund.

The implementable decision is to set up a “transitional committee,” which is tasked with making recommendations for the world to consider at the 2023 climate conference, COP28, in Dubai. Importantly for wealthy countries, the text avoids terms like “liability” and “compensation.” Those had been red lines for the United States. The most important operational questions were also left to 2023.

What COP 27 at Sharm el-Sheikh, Egypt, has done is to ensure that the idea of loss and damage will be a central feature of all future climate negotiations. 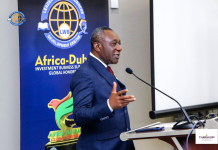