The Public Interest and Accountability Committee, PIAC, is calling for few legacy projects to be identified and supported by...
Read more

President Akufo-Addo has warned that no African country is insulated against terrorism. He said this at the opening session of...
Read more

It’s over a week when the President addressed the nation, and spoke about the Covid-19 pandemic regarding the rising state of affairs as well as other matters moving forward. In fact some statistics regarding infection, death and recovery rates were given and to some it is scary and to many others it is just one of the normal things because either they still don’t believe that Covid-19 exist or that it can’t affect them.

Reminding the nation of the need to adhere to all the protocols, it is rather ironical as driving around and through the city of Accra Central, people are going about their businesses without nose masks, completely letting down their guard.

This informs of a  city with most of its dwellers playing the careless game because Covid-19 is no respecter of persons, neither is it ready to go away from within the world anytime soon since it has introduced to the world new ways of doing things.

However, it is not to spell doom, but we as a people must listen to the medical or health workers  advice, practice what they preach so we can avoid a second wave of Covid-19 which is the biggest fear in these times of the deadly virus.

Fact is that when it comes to Covid-19 the wrongs are too many, and people have taken things for granted. Wearing of the nose mask is even a problem. More than 90% of people selling and people buying are culprits of this, and those of the about 10% you can see having the nose mask on are not actually using it to cover the nose, but the mouth or are simply comfortably hanging them around their neck when it should cover both the nose and mouth.

Accra central, or the inner part of the town starting from the former Kingsway building now the Swanzy shopping arcade right down to Okaishi, inside Makola, Rawlings park, Kantamanto  where serious sale of second hand goods go on looks very dangerous and the earlier government in this regard the city authority do something about it the better it will be for us all.

People operating within these areas, in my round,s are ‘playing’ careless with Covid-19 which could be disastrous for the country.

Social distancing is completely out of the question, meanwhile that has been described as a tried and tested preventive protocol for Covid -19

If Radio Ghana and other private radio stations have already informed the people of Ghana that the disease has raised its ugly head again and about 40 people all of a sudden in the Central Region, Cape Coast in about a week and a half ago are reported to have contracted the Covid-19, then the red flag has to be raised.

There is a fact about Accra which is that people all over Ghana come to do their business here and so it is therefore the country’s trade centre receiving all sorts of persons day in and out.

However because almost everyone has gone to sleep now, especially the police, who are scarcely arresting people for not wearing nose masks, the territory has become too open and free, may God forbid, but if there should be an outbreak or another serious wave of Covid-19 like it has in the UK for example, it is going to hit hard at the dwellers in Accra.

People are simply careless and have thrown away all the protocols. Men and women, educated and uneducated, young and old are all flouting the protocols that are currently forbidden and no one cares.

One can observe people coughing, spitting and blowing their noses without regard to where they are standing, whether there are people close or not, and what is worrying is the people around don’t say anything or even attempt to move away from such conducts let alone take cover by protecting themselves with the use of handkerchiefs or cloths to cover their noses and for that matter faces to prevent themselves from inhaling contaminated air possibly with the corona virus and ending up catching the disease.

The situation is very worrying, and the authorities must as a matter of urgency take serious steps to get people entering especially Accra central to use the nose masks which are not being used at all by the general public and more education should go on to make people aware with possible billboards at all entry points showing that coughing, sneezing, and spitting in public are prohibited and that once you are caught doing such wrong, you may suffer a penalty for that.

To ensure people remain on their guard, hooting at offenders at any point in time anywhere if instituted may help with the indiscriminate spitting and blowing of noses in the open without nose mask or the use of the handkerchief. This when implemented, will check everyone and people will get serious, get straightened up to ensure we all care and protect each other. 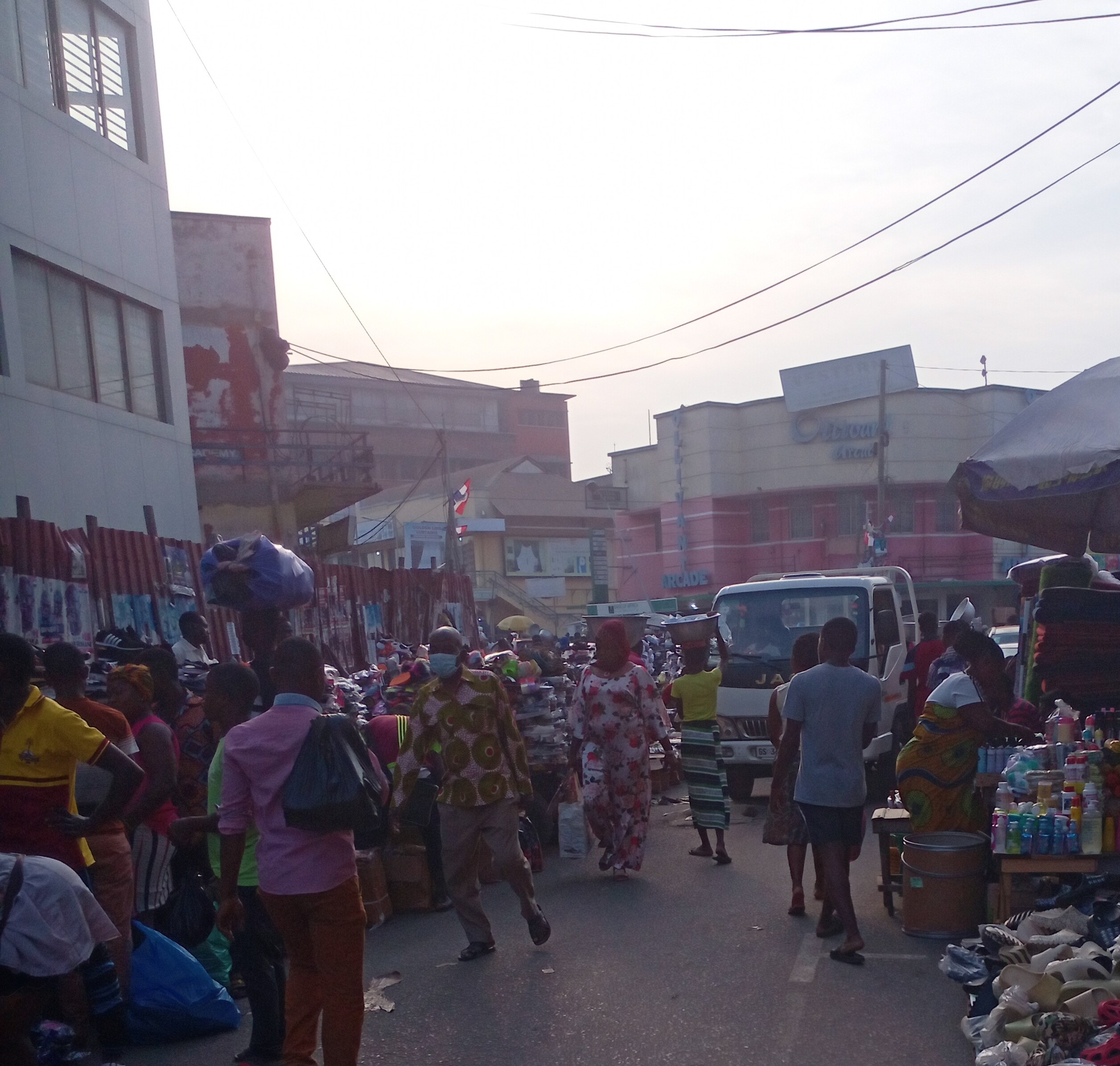 The Public Interest and Accountability Committee, PIAC, is calling for few legacy projects to be identified and supported by the Annual Budget Funding Amount...
Read more
Africa

President Akufo-Addo has warned that no African country is insulated against terrorism. He said this at the opening session of the 59th Ordinary Session of...
Read more
Health

Mr Sarah Adwoa Safo, Minister of Gender, Children and Social Protection, has said that the promotion of good sexual and reproductive health and rights...
Read more

Curbing Streetism: A Call For Action

Every single child has his or her own unique story. Their reason for their connection to the street vary from person to person, city...
Read more

Accra's only Ramsar site at Sakumono is seriously under threat as the place has been turned into a refuse dump. The site has also...
Read more

COVID-19 has affected almost all sectors of the economy and agribusinesses, which form an important part of the economy. New data on the impact...
Read more

Prior to the 2020 elections, the Odawna market in Circle was razed down by fire destroying sheds that accommodated about 500 traders. The Korley...
Read more