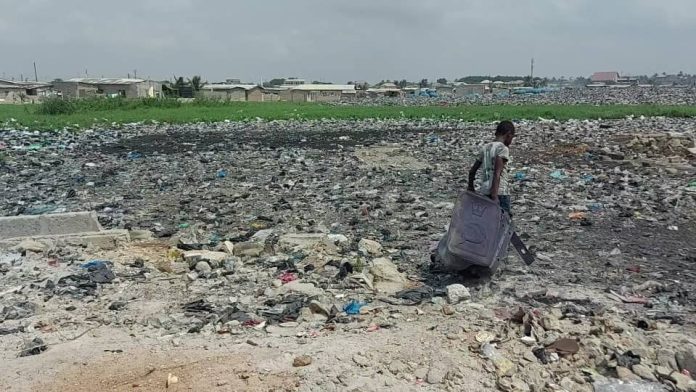 The fast population growth, rapid development and the craving for space is forcing man to do the “unthinkable” to survive. Waste being used as a gap-filler of the lagoon to create bare land, with a solid enough surface for buildings. Aside from the looming catastrophe, and health implications on residents at Glefe in Accra, the uncontrolled reclamation is threatening the survival of the water body and its ecosystems. GBC News, Clara Mlano looks at the environmental impact of their actions in the face of climate change. 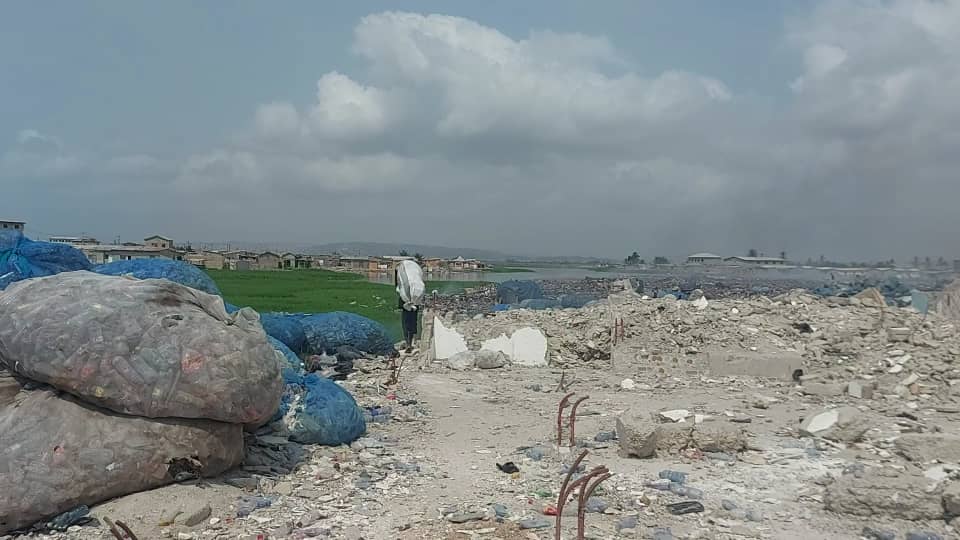 Lying on the west side of town is Glefe – a Ga Community in Greater Accra with several tales of how the town came into being. Situated in this space is a Lagoon stretching over several kilometers from Chemu to Shiabu. Dzatakpo and Gbugbe are the two water gods forming the Lagoon – a wetland now separated by a bridge.

What used to be a beautiful lagoon, inhabitable with fishes and a source of drinking water for some, is now an unpleasant site to behold with little or no marine life. Rubbish of all kinds has found its way into the lagoon.

For some time now, this part of town – Glefe, has become the preferable waste disposal ground particularly for the tricycle users or borla taxis. At a fee, operators of these borla taxis conveniently off-load the waste here gathered from within and around Dansoman. 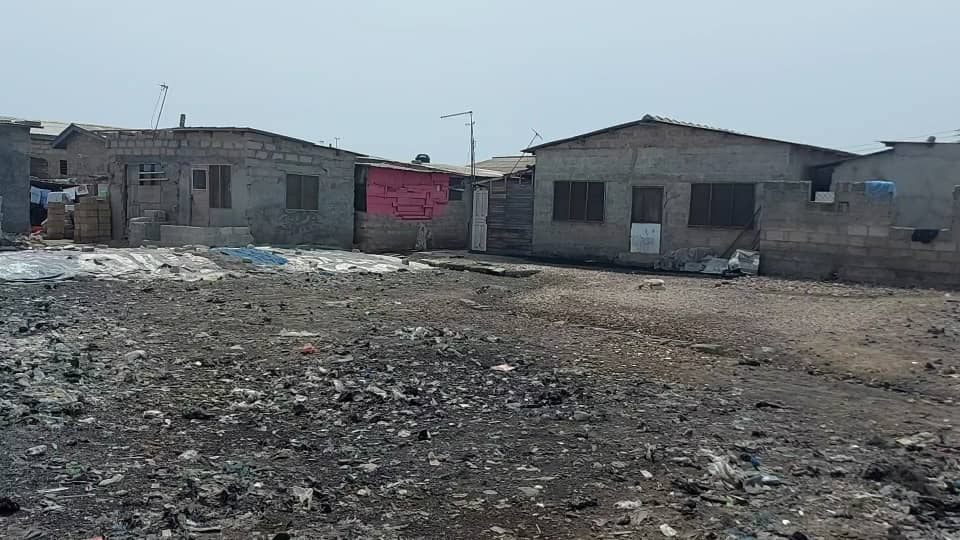 As the population rate continues to soar in Accra and the people outnumber facilities available, so were settlers pushed to narrow in on the lagoon with their structures. What comes in handy for reclaiming the lagoon into bare land was rubbish.

Successful at their venture, more people moved to Glefe employing the same method – closing in on the Lagoon which has now whittled down to the size of a stream. Call it a slum, with insanitary conditions but still home to many as some residents are adamant of relocating.

Like the fear of an oldie when death is mentioned, so is the fear of residents here when the clouds gather. Their fears heighten in the rainy season when the lagoon overflows its banks running into their homes with rubbish also due to the absence of drains.

Already the Ghana Meteorological Agency has warned of an increase in frequency and intensity of rainfall this year.

The Environmental Protection Agency, EPA, is discouraging people from burning as a measure of keeping the air in the capital – Clean and Safe. A

Arguably the people of Glefe are yet to understand this and the implications on their health. Refuse burning is a regular practice and from some accounts of people living at Glefe,the neighborhood sometimes is engulfed in smoke the entire day.

For some, the age-old challenge of waste management has turned this location into an eyesore, earning a bad name among the Ga communities.

Oblivious to the people here, they are bearing the brunt of their own actions and these actions are also directly impacting negatively on the environment. 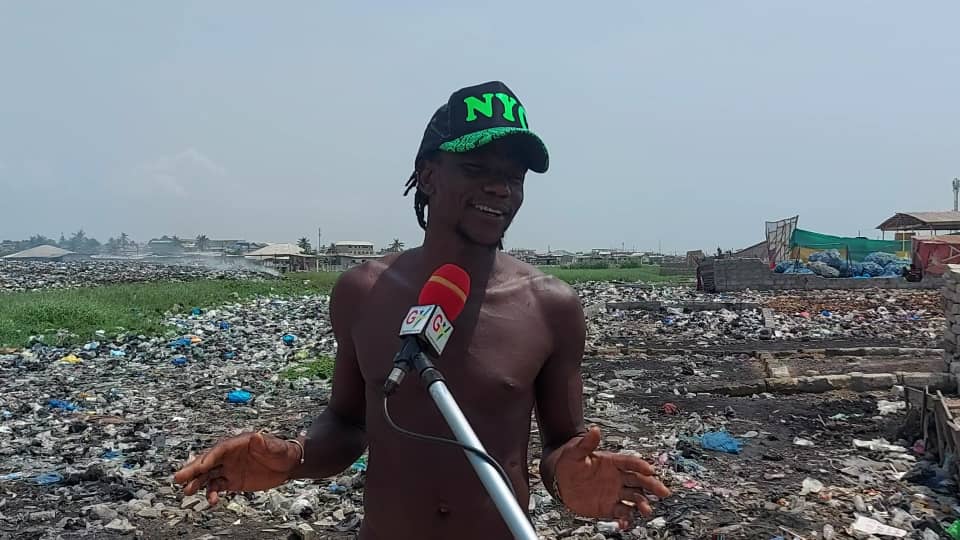 Environmentalists are alarmed that ongoing human-induced activities are worsening climate change putting the planet at risk. The future impact of climate change depends on how man reacts and responds positively to the environment. And so is the future of this neighborhood – Glefe. The survival and continuous stay of residents and inhabitants in peace here depends on their response to their surroundings.