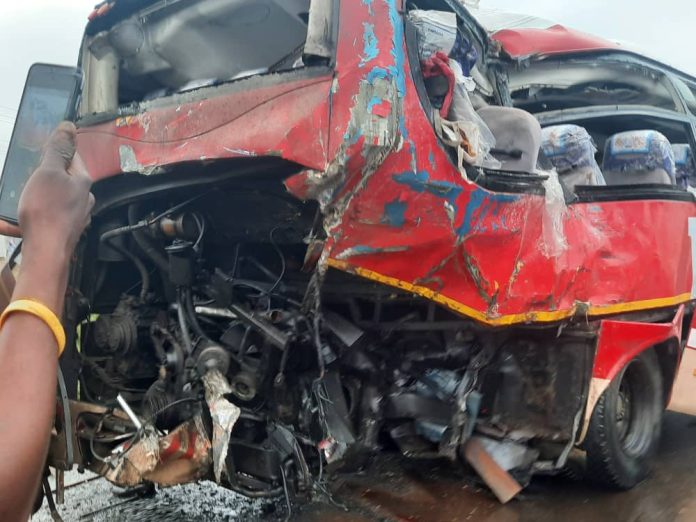 13 people died on the spot with several others sustaining various forms of injury when a truck with registration number AC-179-22, loaded with about 600 bags of fresh pepper on the Accra-Kumasi Highway was involved in a fatal accident at Ohenenkwanta, a suburb of Konongo yesterday.

The injured persons were rushed to the Konongo-Odumase government hospital, whilst the bodies of the deceased were deposited at Steward Hospital morgue, at Yaw Kwei for identification and autopsy. Meanwhile, the vehicles have been removed from the scene to a safer place for testing.