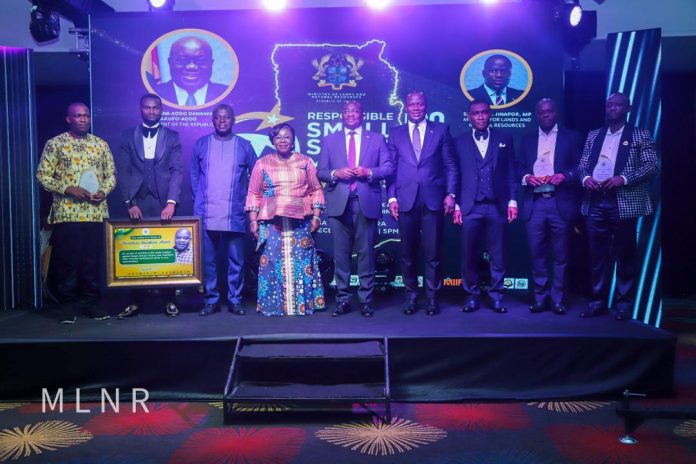 Daakye Minning Enterprise, located in the Wassa Gyapa in the Amenfi East District of the Western Region has been adjudged the Overall Best Small Scale Mining company at the maiden edition of the Responsible Small Scale Mining Awards in Accra. Ď
The Company was adjudged Overall Best Miner on the basis of managing a mining site with valid Mining and environmental licence and digging permit.
The Company also has a well coordinated working system with good records keeping, an emergency Assembly point, first aid kits and other relevant requirements which makes the company outstanding. 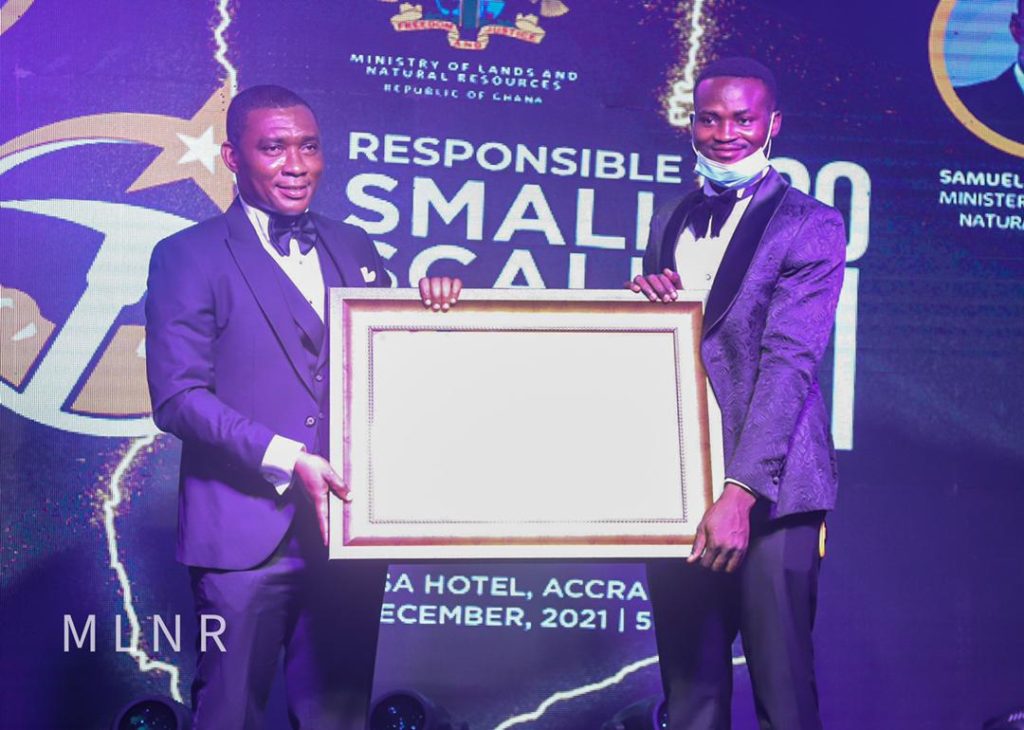 The Award Scheme was instituted by the Ministry of Lands and Natural Resources as part of efforts to encourage and promote Responsible Small-Scale Mining in the country.
The Awards Scheme is going to be an annual event aimed at acknowledging and rewarding Small Scale Miners who have complied with regulatory and operational requirements including adhering to health, safety, environmental and other operating standards of mining. 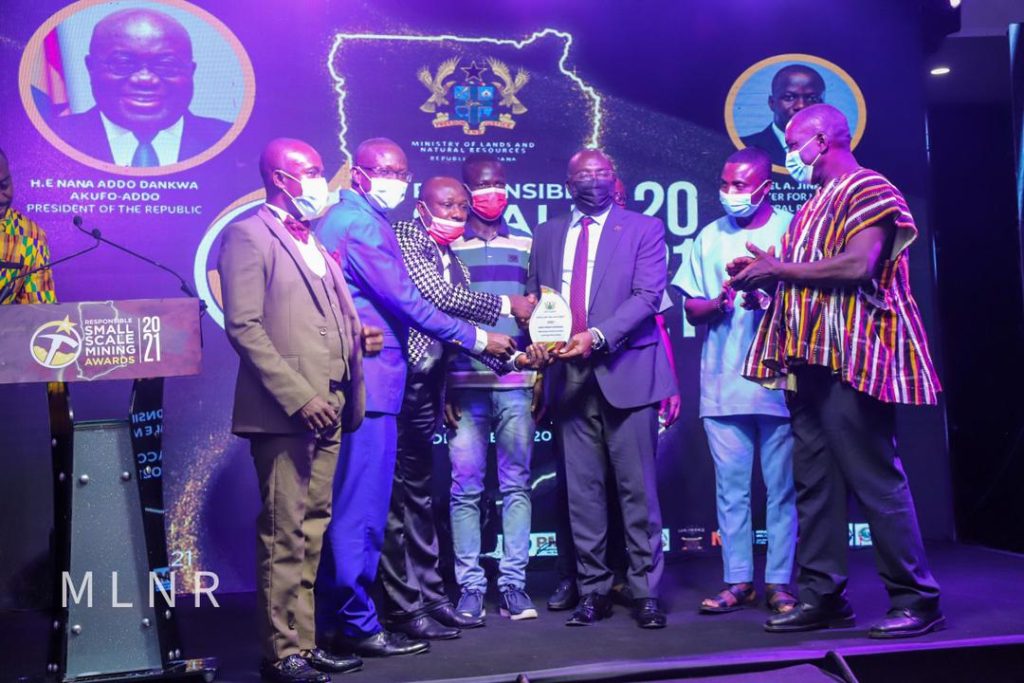 Daakye Mining Enterprise took home a plaque, a mining equipment known as a gold catcher, worth USD 125,000 and a sponsored trip to a mining conference.
This award was presented by the Vice President of the Republic, Dr. Mahamudu Bawumia.
Aside the Overall Best Small Scale Miner, three  other  categories including the Most Promising Small Scale Miner, Best District Officer and a special award from the Ministry of Lands and Natural Resources. 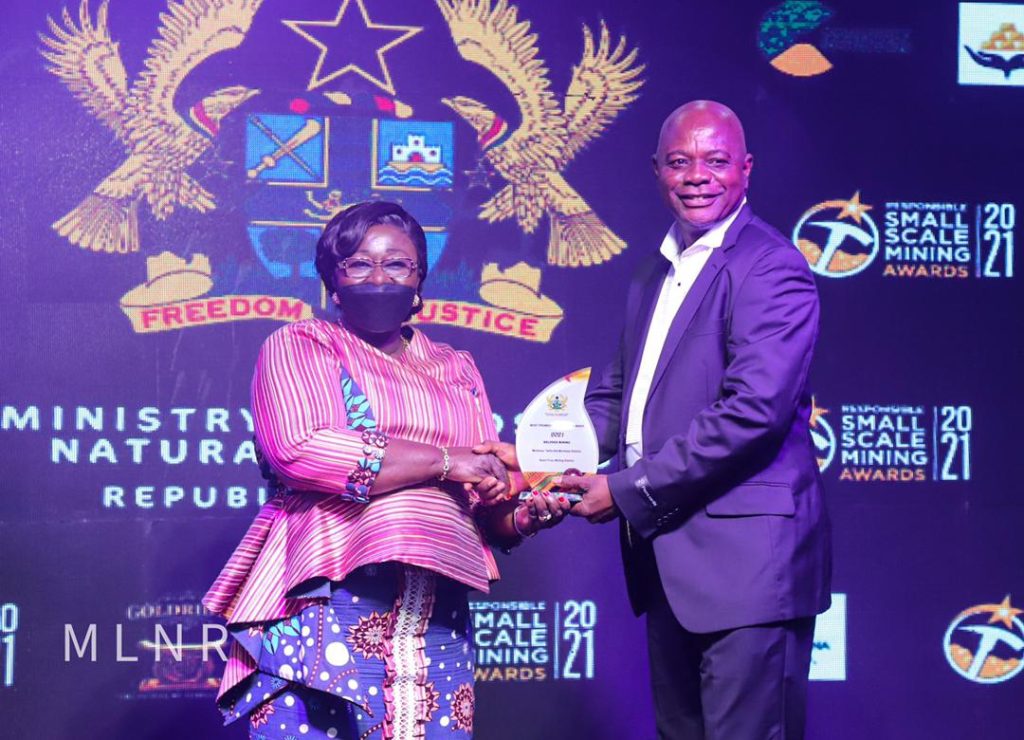 The Most Promising Small Scale Miner award which was presented by the Chief of Staff, Hon. Akosua Osei-Opare, went  to Bright Kwabena Obeng of Beloved Mining Enterprise, Assin Fosu Mining District. Mr. Obeng also took with him a plague and a sponsored trip to a mining conference. 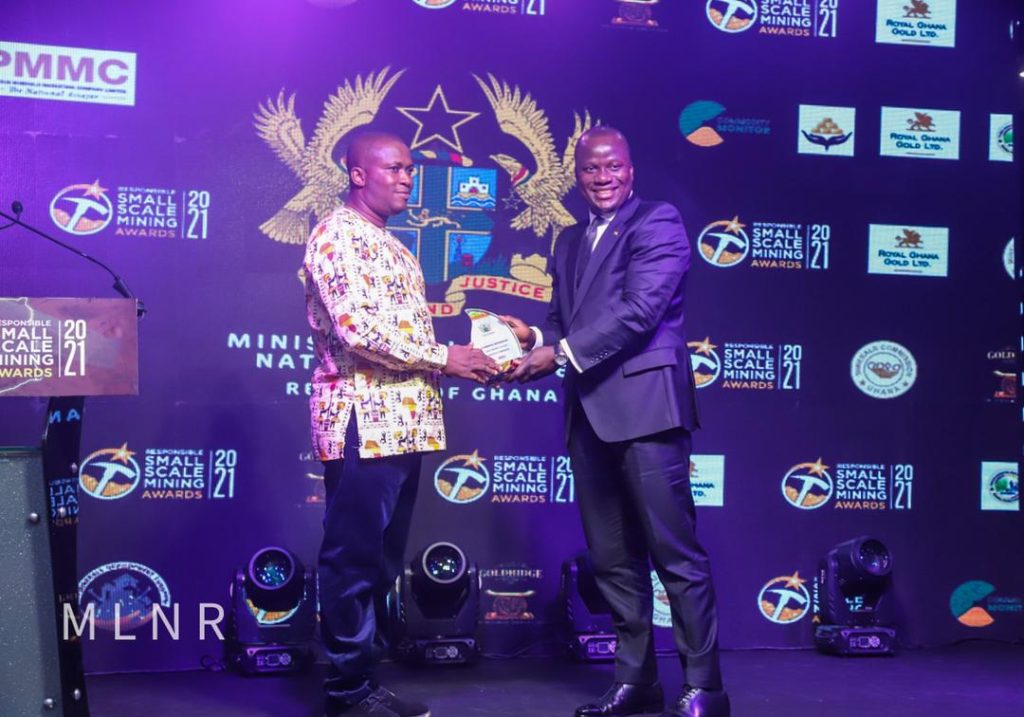 ECG to undertake another 16-day load shedding in Greater Accra