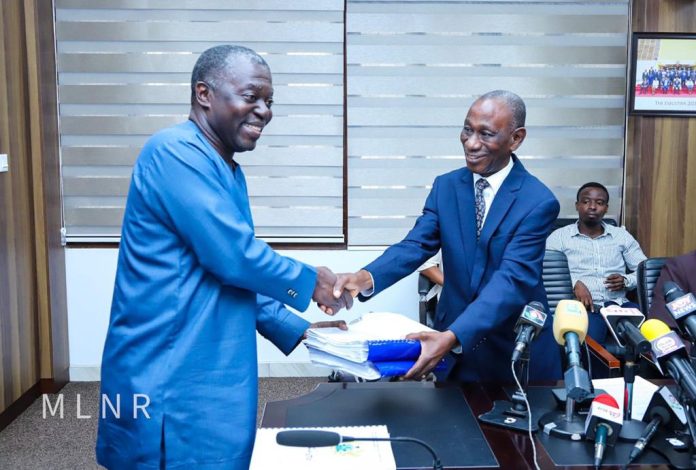 The Sole Inquirer appointed to investigate the circumstances surrounding the true ownership of a parcel of land which the Bulgarian Embassy and private developer in Accra are laying claim to, have submitted the first part of his report to government through the Ministry of Lands and Natural Resources. 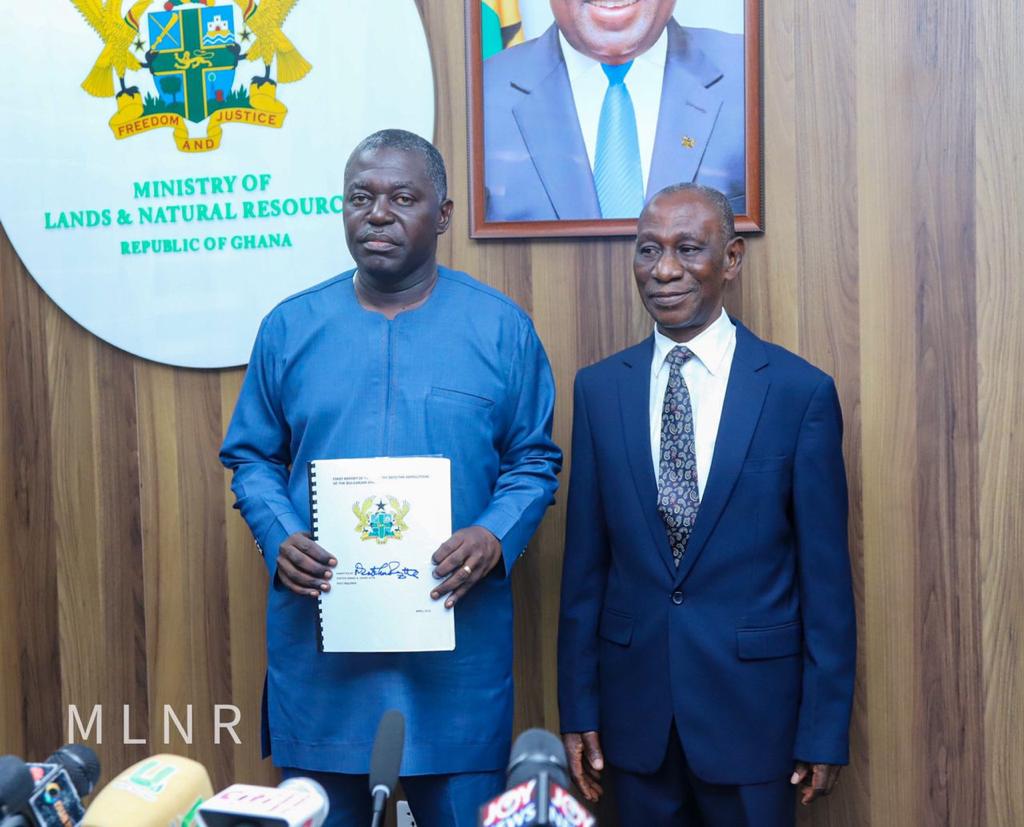 The Deputy Minister for Lands and Natural Resources Benito Owusu Bio who received the report expressed his profound gratitude to the Sole Inquirer saying that the Ministry together with the Lands Commission and other stakeholders involved in the land case would peruse the reports  and make available the contents in due course.

He hoped that per the expertise of the Sole Inquirer, the findings of the reports provided will indeed be a great asset which will guide matters to do with the Bulgarian Embassy Land Case.

Mr Benito Bio notes that the Sole inquirer still has some grace period out of the one (1) month given him to present a full Report on Terms of Reference (3) to (5).

He also assured the public that the recommendations obtained in the report would be considered by the Ministry and appropriate directives issued for further implementation. 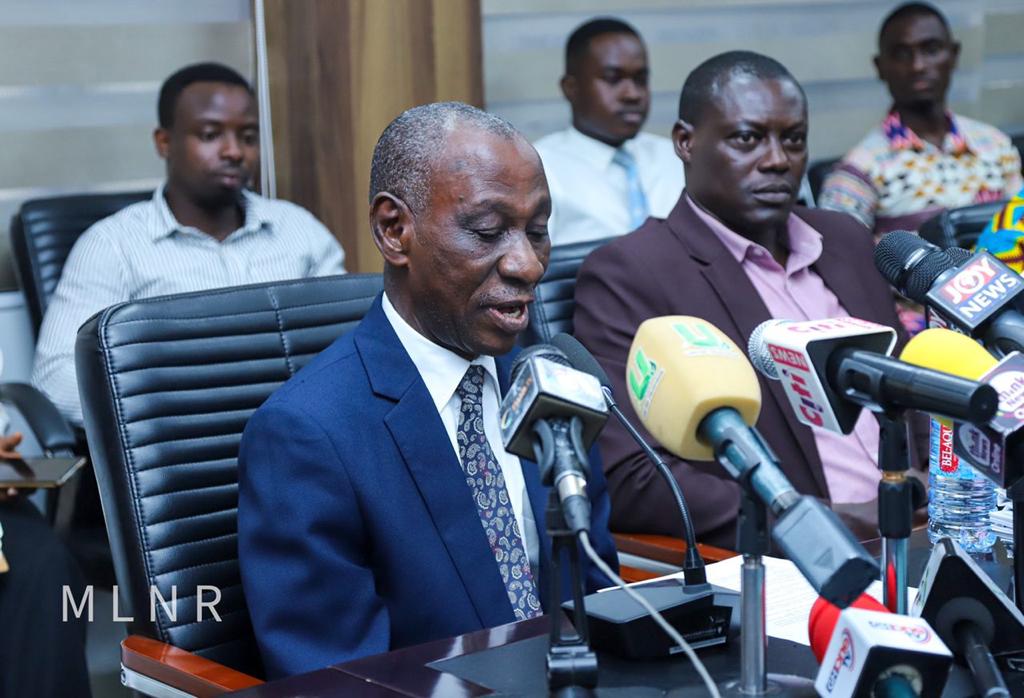 On his part, the Sole Inquirer, Justice Retired Kwasi Anto Ofori-Atta said with the support of the Ministry and Lands Commission, he commenced his investigative work on 21st March, 2022 with letters sent out to various entities and professional bodies involved in the case to source information which will aid his investigative work.

“In response to these letters, 11 witnesses appeared to testify on the case and some had to be recalled for re-examined all in efforts to arrive at the very truth on the case.

Justice Retired Ofori-Atta, a retired Justice of the High Court and a one time Chairman of the Ashanti Regional Lands Commission in his submission also expressed his gratitude to Government and the Minister for the confidence reposed in him and asked for a continuous support to deliver reports on other 3 terms of references.

The Sole Inquirer was inaugurated on Friday 18th March, 2022 to investigate the circumstances surrounding the true ownership of some parcel of Land in dispute between the Bulgarian Embassy and a private developer with terms of reference as follows;

1. Undertake a full and impartial inquiry into the alleged encroachment and/or demolishing of property on the land being used as the Bulgarian Embassy,

2. Make appropriate recommendations relating to the land being used as the Bulgarian Embassy

3.Inquire into the nature of interest in any land held or occupied by Diplomatic Missions in Ghana

4. Inquire into any matter relating to land in which Diplomatic Missions in Ghana have an interest whatsoever 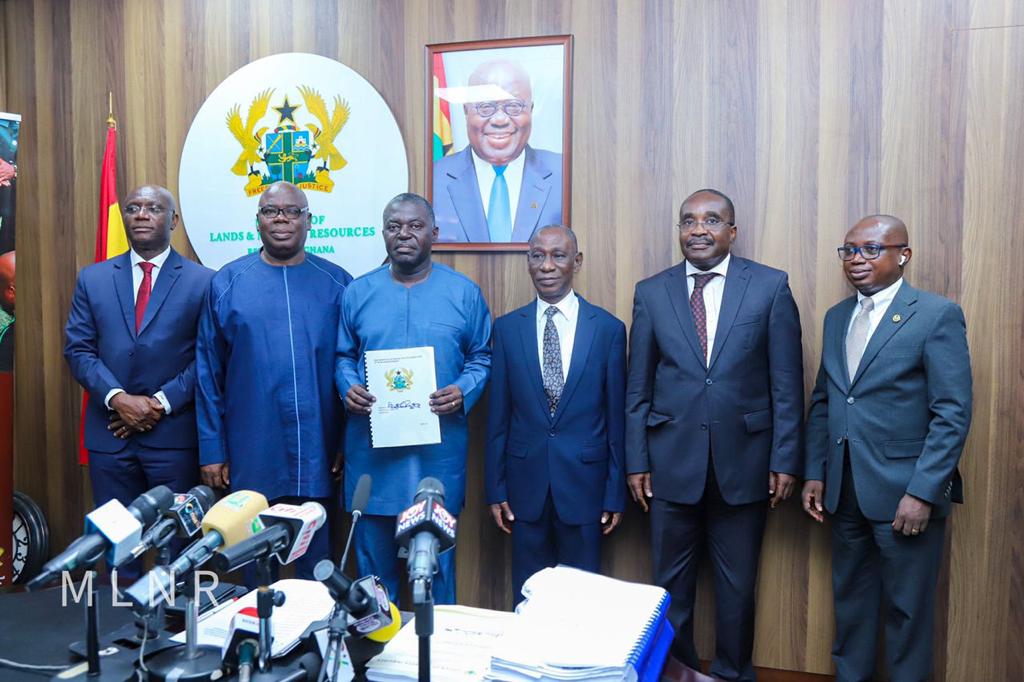 Tarkwa: MDF projects abandoned due to lack of funds