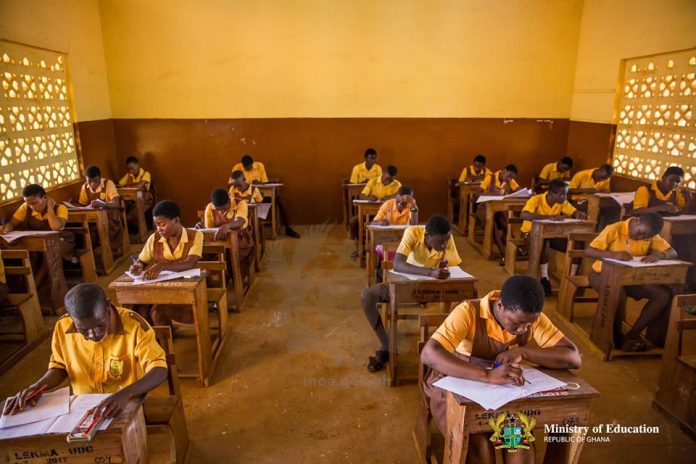 Some candidates taking part in the BECE have expressed confidence of coming out with flying colours. The students told GBC News that they fears of failure, as they have put in maximum effort to excel.

At the Fadama Cluster of schools, the exercise was ongoing smoothly without any major incidence. Four hundred and fifteen candidates were taking part in the Examination with one absentee. GBC News was told the Examination commenced on time and had been without any incident.

At the St. Charles Lwanga RC JHS, three hundred and twenty-two schools were participating in the Examination.  Four schools made up of 322 Candidates were taking part in the Examination which was underway smoothly. An Official of Ablekuma North Education Directorate who was monitoring the exercise, Irene Essel, giving a general assessment noted the Examination in the Municipality had been incident free. She said students have since the commencement of the exercise been comporting themselves.

“So far so good because as compared to last year where there were a lot of absenteeism this year is better. The absenteeism was due to pregnancies due to covid-19. This year the students are really comporting themselves, they didn’t bring any foreign materials, the supervisors and the invigilators are also comporting themselves as well. I would advise them to focus on whatever they are doing because sometimes when you ask your friends, they would give you a wrong answer but you might think it is the right answer and you may fail at the long round”.

The team also visited the St. Stephens Catholic School Center at Darkuman. Here again the Examination was underway in a smooth and peaceful atmosphere. The Supervisor of the Center, Joseph Tetteh who spoke to GBC News said the Centre did not record any absenteeism. Mr. Tetteh added that Candidates and Supervisors were adhering to regulations guiding the Examinations.

Some of the Candidates who had just finished a paper at the time of visit were hopeful of good grades.

Amos said, “it was cool and manageable, at first you will panic but while writing it is normal, we were able to write”.

Deborah also said, “the paper was cool, I was able to write and am hoping to have one”.