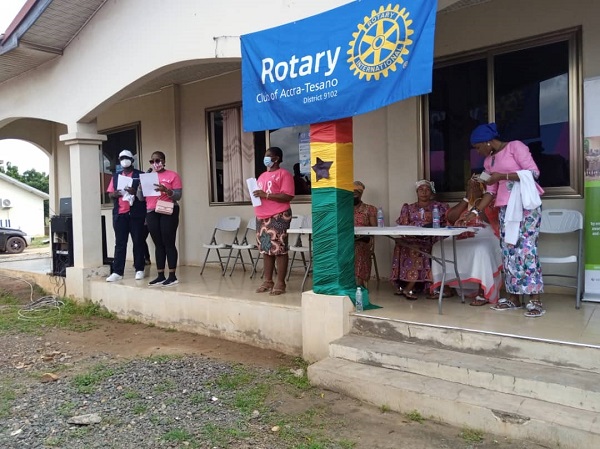 Rotary Club of Accra-Tesano in collaboration with the Tema Greenwich Lions Club, Tema Meridian and the International Sickle Cell Centre has embarked on a Breast Cancer and Sickle Cell project at Sege in the Ada West District, to help detect, prevent breast cancer and create awareness on sickle cell diseases to improve the livelihoods and health conditions of the people. 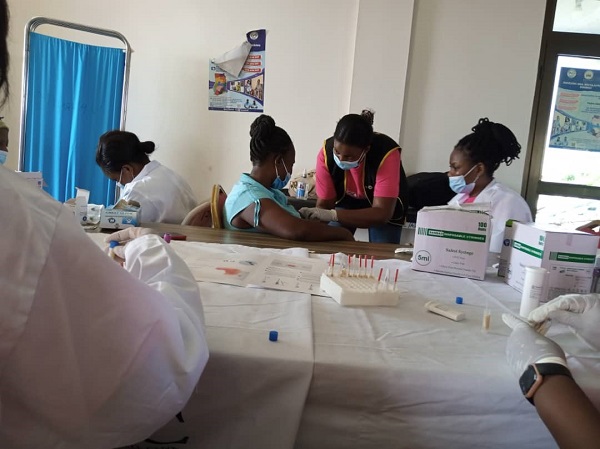 President of the Rotary Club of Accra-Tesano, Gifty Glime, said women and girls who suffer from the disease are the key drivers of economic development, and it is important to offer them timely support through awareness creation, screening and treatment programmes.

A report by the Rotary Club revealed that 80% of women above the ages of 50 suffer from breast cancer as the disease remains the leading cause of female cancer deaths in Ghana. Also, issues relating to sickle cell diseases have not received the needed attention and education is critical to help young adults to make informed reproductive decisions to prevent the diseases. 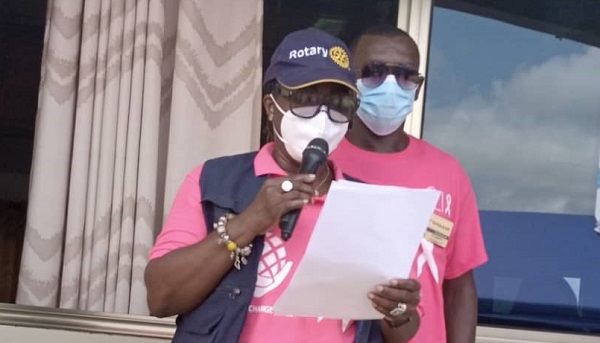 With October dedicated to breast cancer awareness, the Rotary Club is active in its efforts to step up public awareness on the disease. The programme started with breast cancer education on topics such as what is breast cancer; early detection and self-examination. There was also Questions & Answers time to seek clarity on some myths regarding breast cancer.

President of the Rotary Club of Accra-Tesano, Gifty Glime said even though the disease is on the rise in Ghana, it remained one of the treatable cancers, hence, the aim of the project is to proffer screening and treatment plans to people who may be affected.

‘’We have realized that when women or men suffer from breast cancer, it affects the economic empowerment in various homes and children as well. Once early detected, they are treated so they can carry on with their various livelihoods which allows the family to be sustained in their economic development,” the President stated. 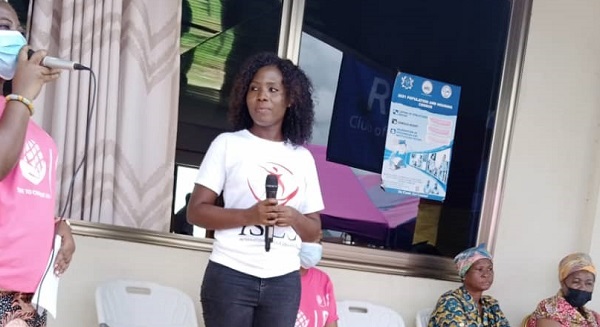 A Medical Doctor at the Metropolitan Medical Centre Dr. Diane Addo-Yobo advised the women to dispel the notion that breast cancer is a cursed disease and cultivate the practice of self-breast examination on a regular basis for early detection and prevention.

“I advised Ghanaian women to ignore superstitious beliefs on breast cancer. They should rather practice self-examination after every menstrual cycle and make themselves available for screening. It is not every detection that requires the breast to be removed, they are different modalities as well”, Dr. Diane stated.

Founder of the International Sickle Cell Centre, Dr. Mary Ansong, called on all to get tested to know their sickle cell genotype to make informed reproductive decisions.

‘’Although Sickle cell disease is the most common inherited disease and very prevalent in Ghana, only few people know about the disease. I advise that young people check their genotype to make an informed reproductive decision’’. Dr. Mary Ansong stated.

The Queen mother of Adibiawe Ada, Naana Adiki Manyeyo lauded the collaborators for organizing the programme. She advised women to disregard the superstition surrounding screening for breast cancer, to reduce their chances of being infected.

No support for us under PFJ – Pwalugu women farmers lament