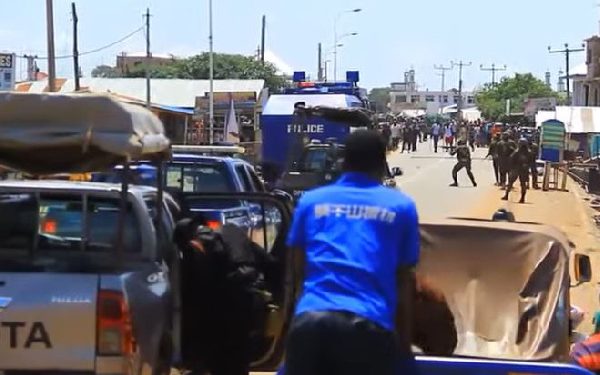 The Ejura District Court has granted Ejura Command of the Ghana Police Service an interlocutory injunction over a planned ‘One-Year Anniversary of Du’a Prayers’ for victims of the Ejura shooting.

According to the families, their intention to organise the event in honour of the victims on Thursday, June 30, the police through the Ejura District Court has issued a directive restraining the organisers from holding the ceremony.

Meanwhile, the families in a statement said, they are shocked by the turn of events but will still comply with the directive.

Below is the full release:

“We regret to inform you and the general public that, we have just received an ex parte injunction obtained by the Ghana Police Service to stop the families of the victims of the Ejura killings from going ahead with the Islamic prayers and Quran recitals that were planned for their departed loved ones on Thursday, 30th June 2022.

The families were also planning to clean the cemetery where they are buried and build a tombstone over their graves.

We are shocked to find that our Courts are now being used to prevent us from mourning our dead relatives and performing the necessary customary and religious rites to observe their killing by the military.

Nothing can fully describe the pain we feel in this moment. Our families are broken and devastated by this act of insensitivity and moral injustice.

In the next few days, we will be holding a Press Conference to outline our next steps. We are also in the process of informing invited guests who had confirmed their attendance, including the Peace Council and Office of the National Chief Imam.

We commit ourselves to the justice of Allah, the merciful, whose voice has always given comfort to his children who are oppressed and abused.

May his light continue to shine on us and to heal our pain.”